Don’t these two things rub AGAINST each other? 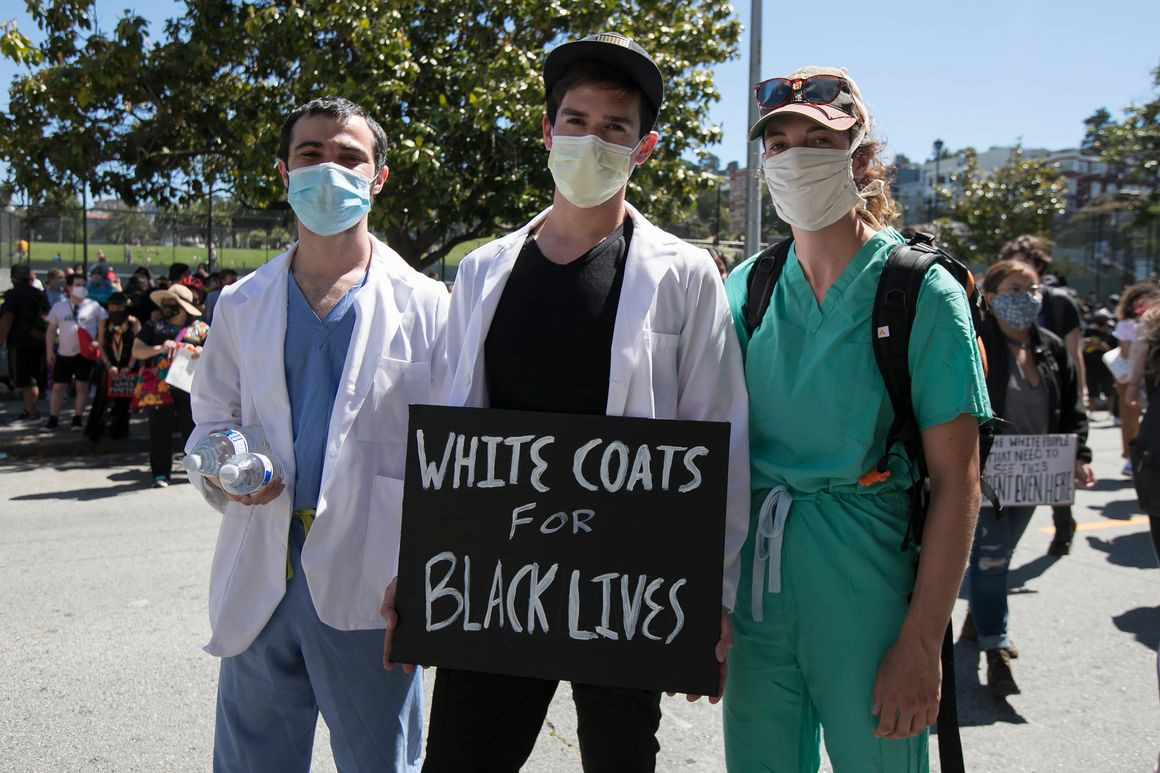 Those protests against stay-at-home orders “not only oppose public health interventions, but are also rooted in white nationalism and run contrary to respect for Black lives,” according to the letter’s nearly 1,300 signatories. “Protests against systemic racism, which fosters the disproportionate burden of COVID-19 on Black communities and also perpetuates police violence, must be supported.”

“Staying at home, social distancing, and public masking are effective at minimizing the spread of COVID-19,” the letter signers add. “However, as public health advocates, we do not condemn these gatherings as risky for COVID-19 transmission.”

Was it fair to decry conservatives’ protests about the economy while supporting these new protests? And if tens of thousands of people get sick from Covid-19 as a result of these mass gatherings against racism, is that an acceptable trade-off? Those are questions that a half-dozen coronavirus experts who said they support the protests declined to directly answer.

“I don’t know if it’s really for me to comment,” said Karan. He did add: “Addressing racism, it can’t wait. It should’ve happened before Covid. It’s happening now. Perhaps this is our time to change things.”

“Many public health experts have already severely undermined the power and influence of their prior message,” countered Flier. “We were exposed to continuous daily Covid death counts, and infections/deaths were presented as preeminent concerns compared to all other considerations—until nine days ago,” he added.

The frustration from some conservatives is an outgrowth of how Covid-19 has affected the United States so far. In Blue America, the pandemic is a dire threat that’s killed tens of thousands in densely packed urban centers like New York City—and warnings from infectious-disease experts like Tony Fauci carry the weight of real-world implications. In many parts of Red America, rural states like Alaska and Wyoming still have fewer than 1,000 confirmed cases, and some residents are asking why they shuttered their economies for a virus that had little visible effect over the past three months….