THAT was NOT what was the reality….

Trump was about a park across the street from the White House, which President Trump is now hiding in and has been fenced off even more from the public….

The NY Times has also been doing it’s virus coverage from a ‘hair of fire’ prospective ….

The New York Times is coming under fire for its front-page coverage of President Donald Trump’s threat on Monday to use the military against American citizens.

After Trump’s comments, police used tear gas and rubber bullets on peaceful protesters outside the White House to give the president a photo op as he walked to a nearby church and posed for pictures with a Bible. 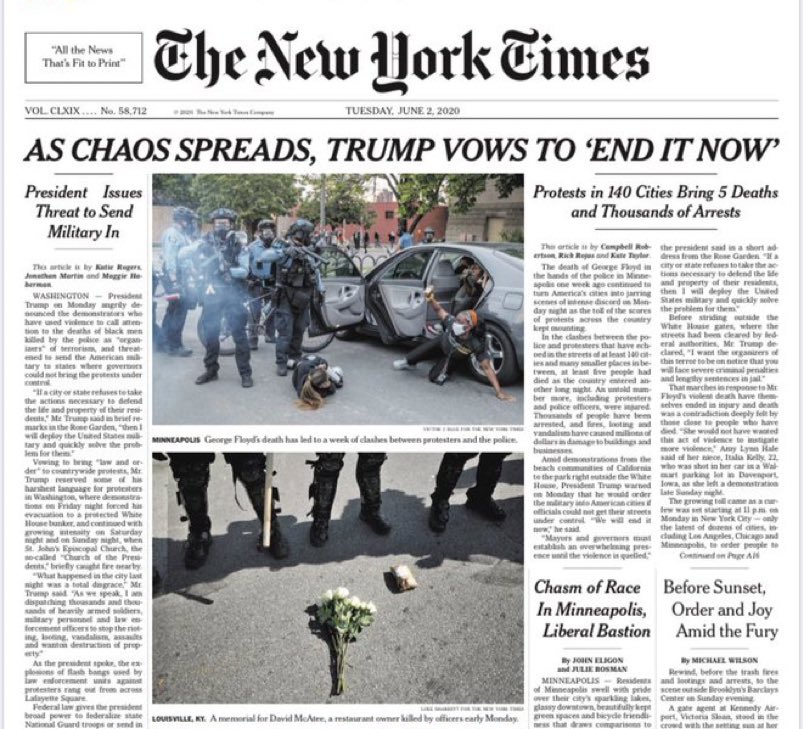 This headline goes beyond gaslighting and reads as a full-on endorsement of fascism—and it’s the front page of the @nytimes tomorrow: 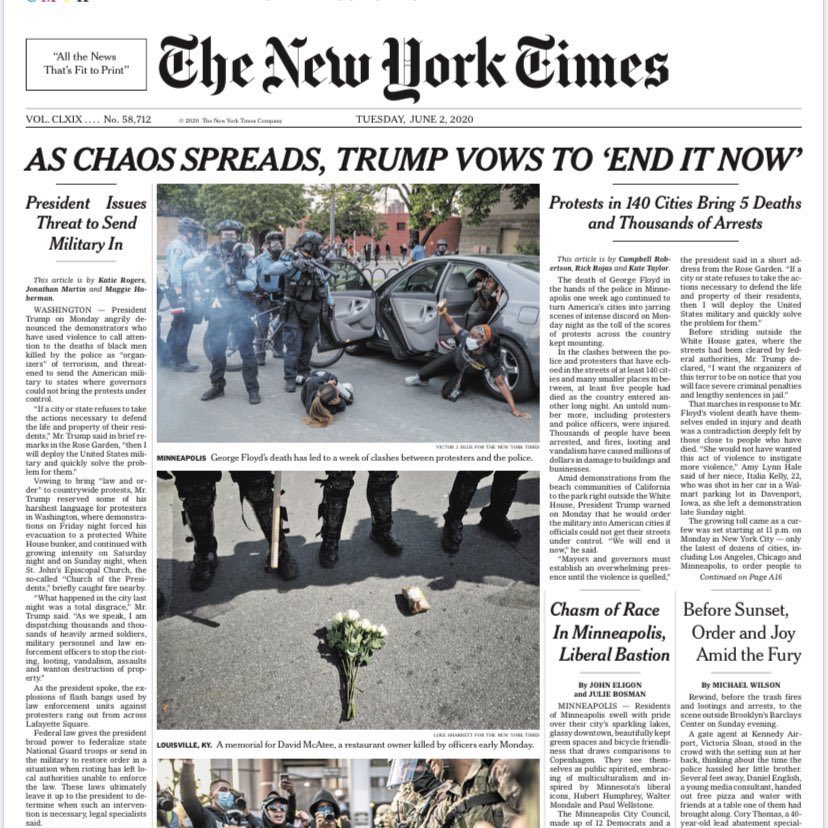