He has a won over a million dollars on the show and to watch him is amazing….

The guy is a standing warp factor 9 computer….

Who is Ben Sasse?

This time, it was the answer — and nobody knew it.

Not Robin Falco, a nonprofit administrator from King of Prussia, Pa. Not Tyler Lee, an international banking project manager from Hollis, N.Y. And, notably, not James Holzhauer, a professional sports gambler from Las Vegas.

None of them could tell the good-natured Canadian man the name of the senator from Nebraska and author of “Them: Why We Hate Each Other — and How to Heal.” Not even if the inquisitor had paid them.

Indeed, he would have.

For this was “Jeopardy!” and there was $2,000 worth of loot on the line. Yet several seconds passed in silent suspense, until, finally, host Alex Trebek informed them, with but a faint trace of concern, that the correct answer was Sen. Ben Sasse (R-Neb.).

Had it been any other crop of contestants, it may have ended there, just another missed piece of trivia in the show’s decades-long history. But this group included Holzhauer, the man who has been called “unstoppable,” “dynamic, “cold-blooded,” “absolutely insane” and “a cyborg” for his record-setting “Jeopardy!” dominance. 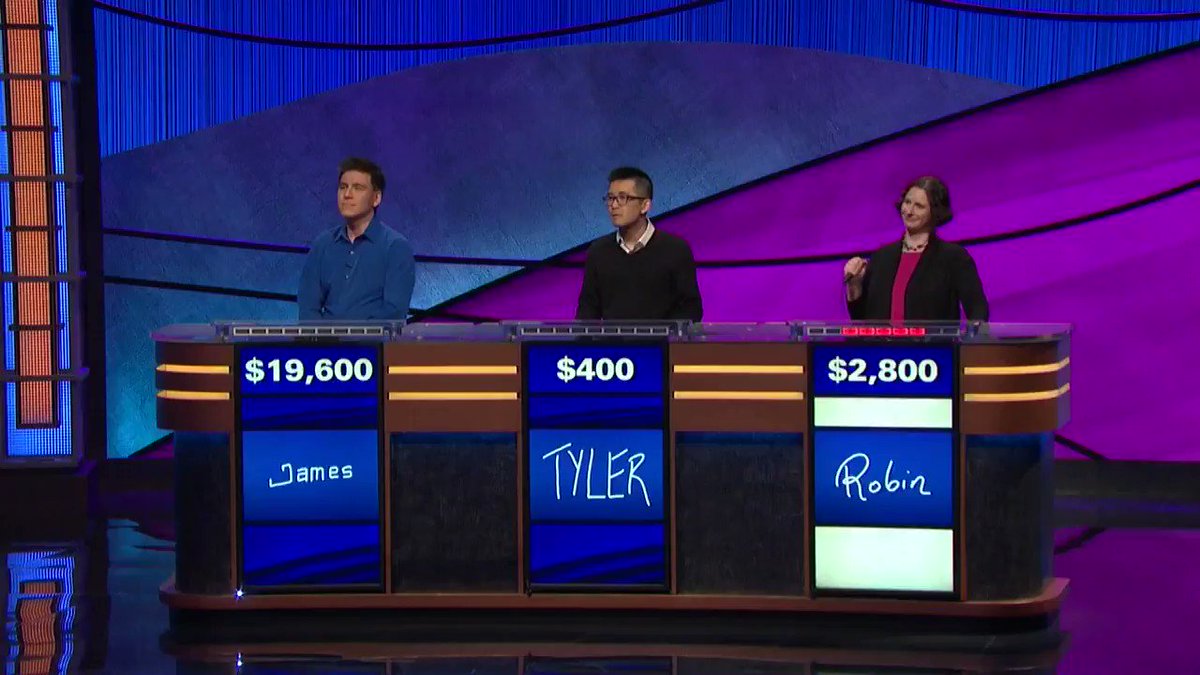 Holzhauer’s knowledge of obscure, niche factoids has allowed him to answer nearly 700 questions correctly and has won him more than a million dollars. He has identified 19th-century novels and 20th-century literary figures, superheroes and stamps. But somehow a sitting U.S. senator wasn’t on his radar….
More….
image… James Holzhauer is the guy on the left with the most money…Brent Scher twitter grab….