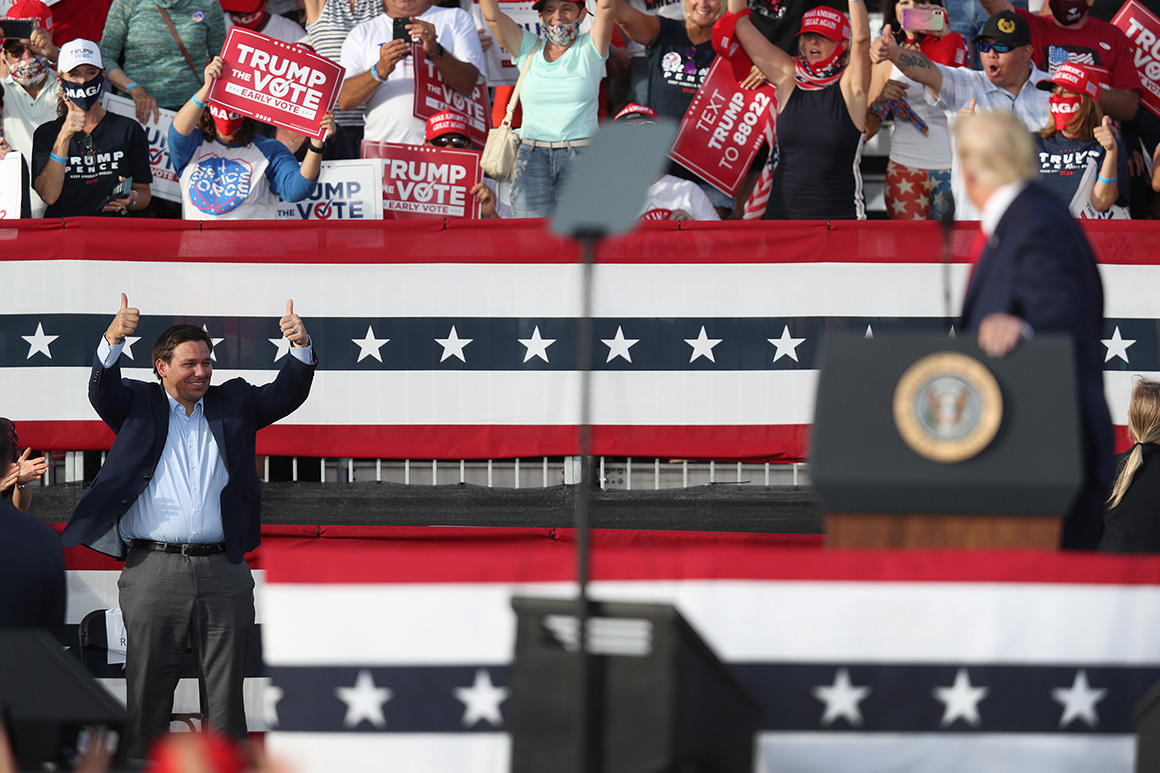 He’s already surpassed Donald Trump and the rest of the Republican field for the 2024 Republican Presidential nomination sweepstakes….

And create a media show though to beat …

Florida Gov. Ron DeSantis is on a collision course with the most powerful man in the GOP: Donald Trump.

DeSantis is crisscrossing the country to deliver red-meat speeches. Iowa leaders begged him to visit. He just beat Trump in a key straw poll. And now the popular governor is getting close to overshadowing the former president in the 2024 presidential sweepstakes.

All of that could be dangerous for DeSantis’ political health, as Trump continues to ponder a new bid for the White House and remains capable of kneecapping any Republican he sees as a threat.

“It makes it difficult to openly start campaigning as [Trump] at least contemplates running again,” said Saul Anuzis, former chair of the Republican Party of Michigan, cautioning it’s still “early” in the election cycle. “It keeps activists on the sidelines.”

DeSantis, who has the benefit of claiming he’s just running for reelection, continues to gain accolades for opening up Florida during the coronavirus pandemic sooner than most large states. His frequent appearances on Fox News put him in the national spotlight almost nightly. Last weekend, DeSantis beat Trump 74-71 in the annual Western Conservative Summit’s straw poll in Denver — results that surprised even organizers of the summit. Last year, Trump won the same straw poll with nearly 95 percent support….