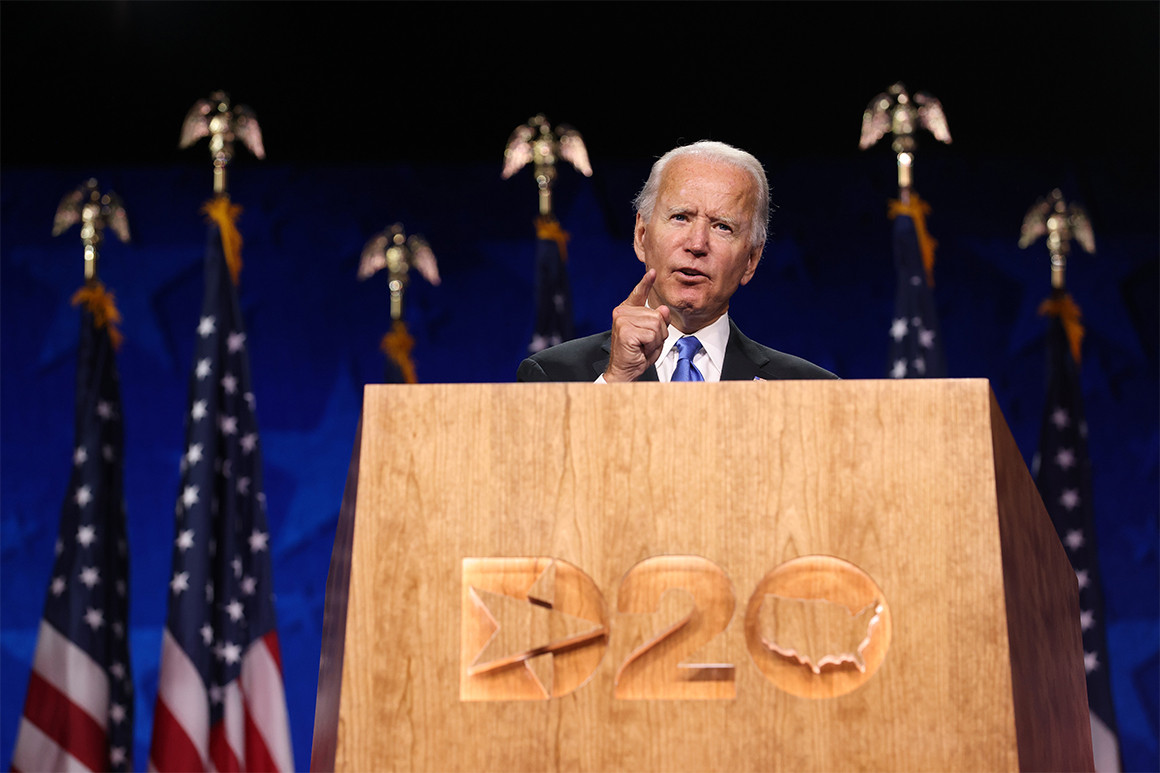 We’ll need to see polls in the middle of ne3xt week for a more concrete call….

But Joe Biden IS  still keeping a double digit lead over Donald Trump in most national polls….The other ones has him around 8% ahead off Trump well above the margin of error…

Of course the STATE polls are the ones most important  and national polls should looked at a look at trends among voters…..

This is unchanged from last week before the Democratic convention, suggesting he receive no “bounce” from the four day event…

The good news for Biden comes in the form of favorability ratings. A new ABC News/Ipsos poll shows that Biden’s net favorability rating (favorable – unfavorable) is up compared to before the conventions.
Biden’s net favorability rating climbed 8 points from -3 points last to +5 points among all adults. It’s up from -2 points to +3 points among registered voters. That’s in-line with the average post-convention poll indicating Biden’s net favorability is up by between 5 and 10 points.
Biden’s jump into positive net favorability ratings is a big development — if it holds.
His net favorability rating (favorable – unfavorable) averaged -1 point before the conventions began. That’s below the +6 point net favorability rating that winning candidates have averaged since 1980.
Biden’s now right around where he needs to be to match the winning candidate average in terms of popularity.
Indeed, Biden’s problem has not been his numbers against Trump. He’s over 50% support, and his lead has been sizable and sustained.
Biden’s biggest issue has been a lack of enthusiasm for his own candidacy. When voters are casting a vote between two candidates they don’t like, they’re probably less likely to turn out as well as probably more susceptible to last minute shifts in opinion (e.g. 2016). Remember, Trump only won in 2016 because he won the lion share of voters who liked neither candidate.
If the new polling is any indication, Biden may be locking down the voters who were for him. In that case, it’s going to be much more difficult for Trump to overcome his deficit given Biden’s already over 50%.
You see this well in the CBS News/YouGov poll by comparing last week’s data to this week’s…
More…
An ABC Poll confirms the CBS poll favorability ‘bounce’ for Joe Biden AND Kamala Harris……

Biden’s running mate, Sen. Kamala Harris (D-Calif.), has a favorability rating of 41 percent among the three-quarters of respondents who were familiar with her. The percentage of Americans familiar enough to have an opinion of her is up 10 points from last week, shortly after she was named Biden’s running mate.

Her approval among Black Americans increased 8 percentage points, from 52 to 60 percent. Among Democrats overall, her favorability reached 77 percent.