The Washington Nationals are World Series champions. They had 19-31. They had six reliable pitchers. They had history against them. Yet they overcame it all. They kitchen-sinked every problem. They bounced back from every loss. They won five elimination games, came from behind in each of them and became the first team to ever win a World Series with four road victories.

Sean Doolittle stood in the Nationals clubhouse after Game 5, when all seemed lost, and preached this team could come back and win. He apologized to the home fans who waited 86 years to see a World Series in Washington then never saw a win at Nationals Park.

“Hopefully we can take care of business in Houston and come back and party with ’em,” he said.

They did, and now they will.

• Just when it seemed as though the Nationals offense might be done, that it might lean on the pitching once again to deliver the first title in franchise history, Adam Eaton came through again. The right fielder smacked a ball into center that, when Jake Marisnick bobbled it, allowed Victor Robles to sprint home as well. The Nationals suddenly had a commanding 6-2 lead. 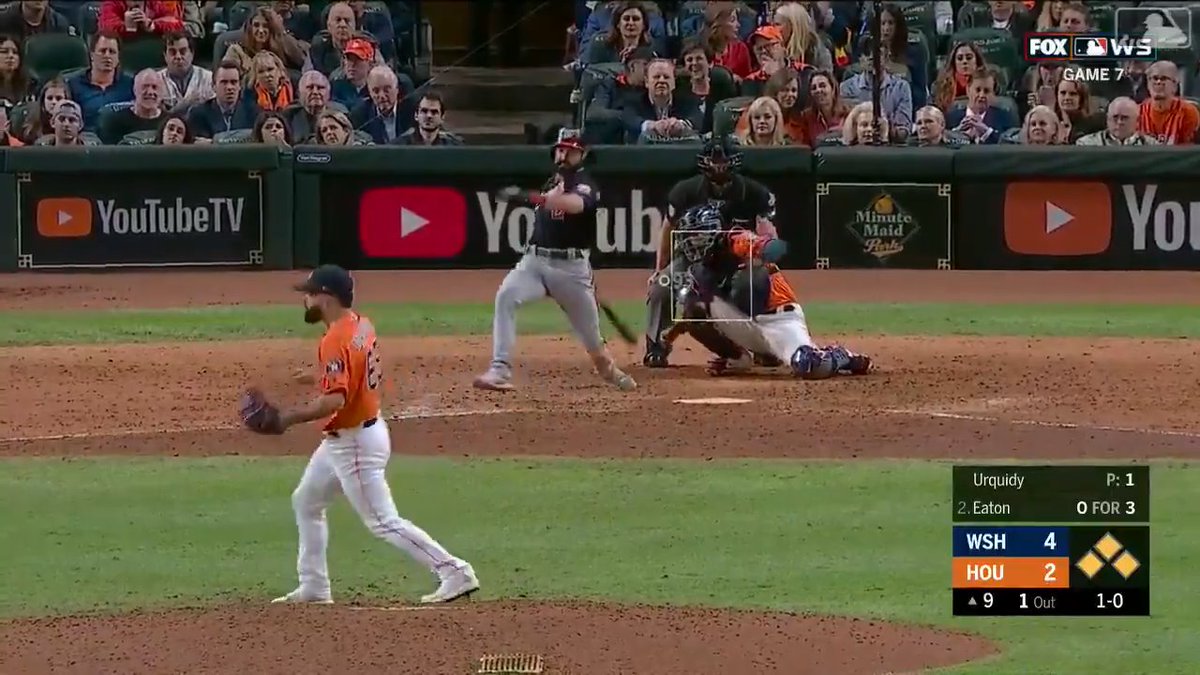 • Daniel Hudson, the closer who hates closing, entered with a four-run lead and three outs to get. He was the one who could deliver Washington the championship it craved….