Smiles and joyous excitement flowed with those interactions…

When was the last time you saw Donald Trump do the same?

His visit to the World Series game today probably explains it….

President Donald Trump attended Sunday’s Game 5 of the World Series at Nationals Park, but he wasn’t the recipient of a warm welcome.

Trump, who did not arrive in time for the national anthem or first pitch, was shown on the videoboard ahead of the fourth inning during a Salute to Veterans in-game segment. The crowd immediately responded by booing Trump loudly.

After initially boing Trump, the crowd continued into a “lock him up” chant. Trump is the subject of an impeachment inquiry by the House of Representatives.

This was the scene at Nationals Park:

President Trump was booed loudly by the fans at Nats Park when he was shown on the big screen.
Then came a loud chant: “Lock him up.” @wusa9 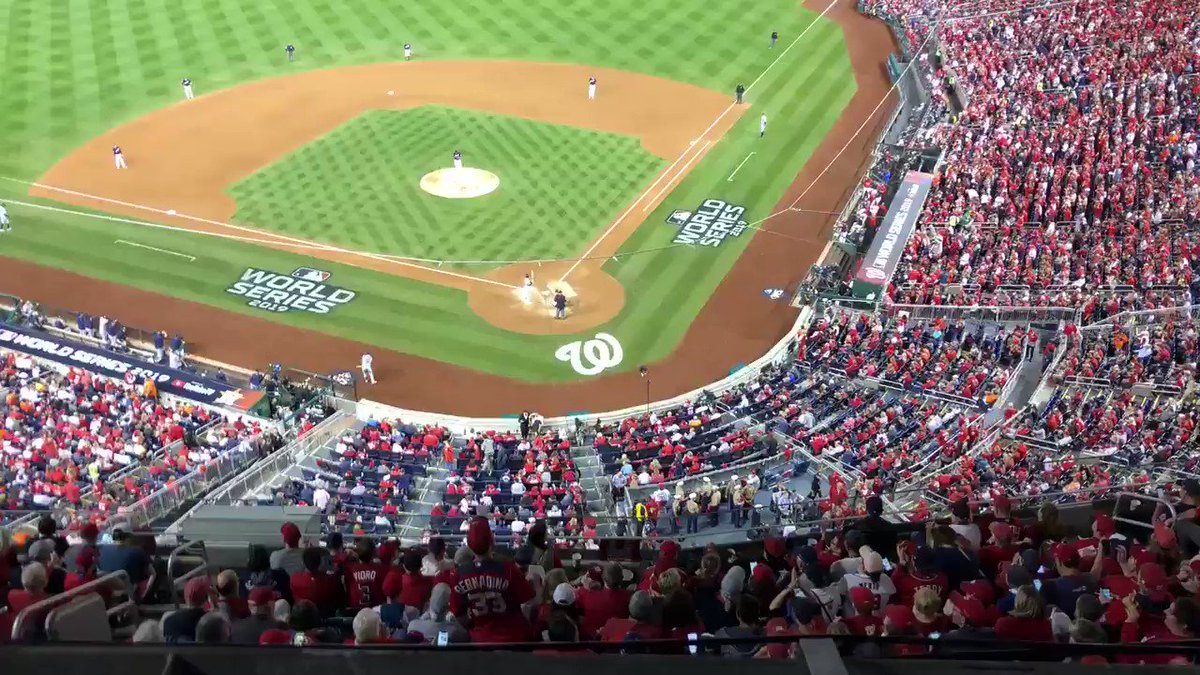 Obama sat courtside for the season opener of his favorite team, watching the Bulls take down the Cavaliers, 97–95, to kick off what would end up as a disappointing season for the Bulls on a high note….