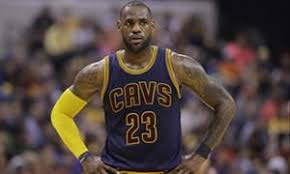 This does NOT mean he is going somewhere else….

But it gives him the ability to test the waters for where he COULD go ….

LeBron James reportedly plans to decline his $35.6 million player option for the 2018-19 season.

Cleveland.com’s Joe Vardon first relayed word of James’ decision, which will allow him to become an unrestricted free agent.

The move doesn’t necessarily mean James will leave the Cleveland Cavaliers this summer, but it officially opens the door for him to explore other possibilities. And while it’s unclear which teams the 33-year-old will sit down with, buzz throughout the regular season suggested his list of prospective suitors isn’t particularly long.

In March, The Ringer’s Kevin O’Connor reported that the Cavaliers, Los Angeles Lakers, Houston Rockets and Philadelphia 76ers would be the only teams on his radar….