Hide Search
‘The Donald’ just can’t get over the fact that he ‘lost’…..
Liz Harrington
@realLizUSA
NEW! President Donald J. Trump: “It’s really interesting, everybody wants me on television, I get the highest ratings by far, they need ratings to survive, and yet I put out a challenge to debate me about the massive election fraud, which took place in the 2020 Presidential… 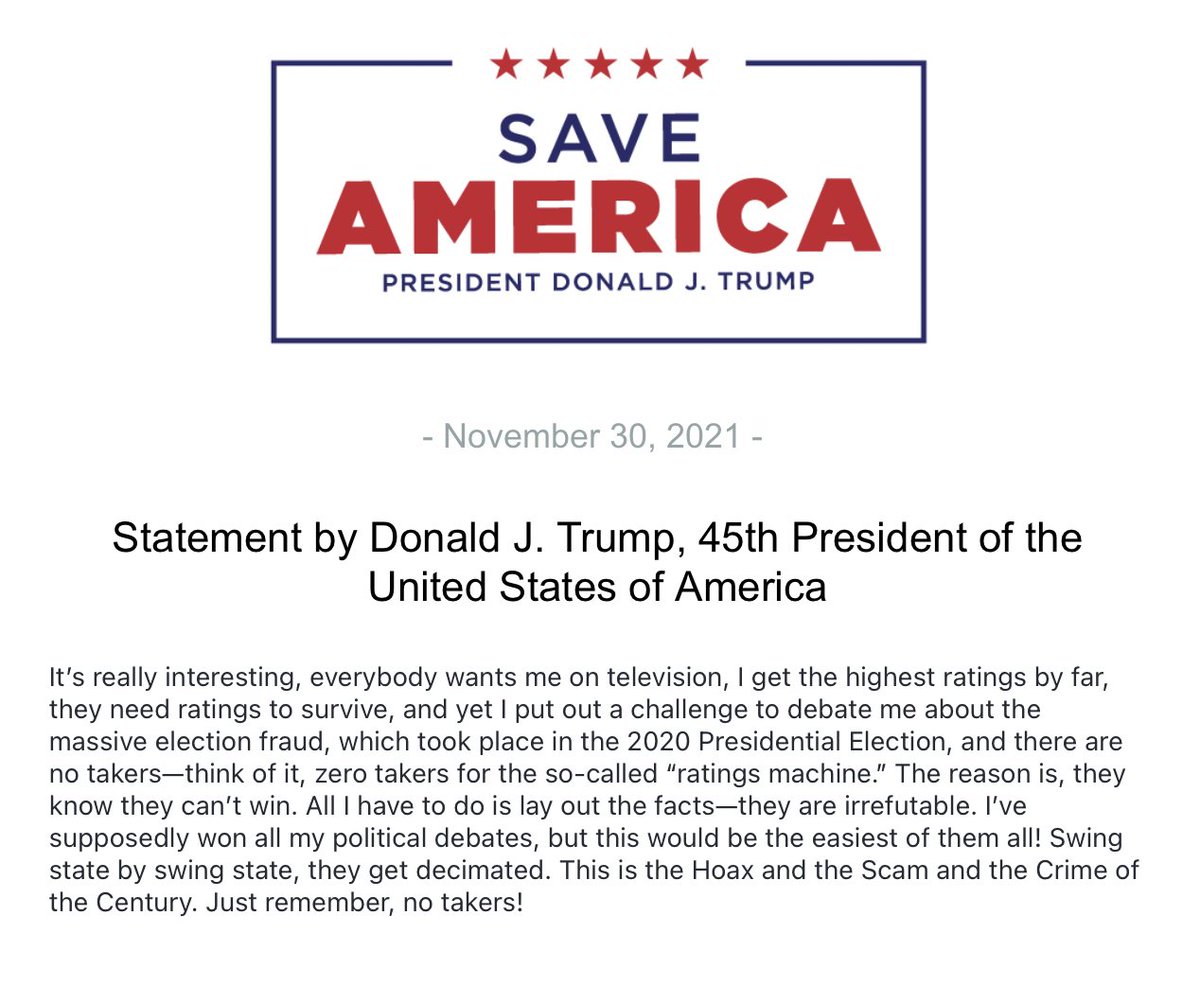