Hide Search
Igor Bobic
@igorbobic
Bernie says he met one on one with Manchin today. “We talked and we plan to continue to talk,” he told reporters Manchin then walked over and they both posed for a picture 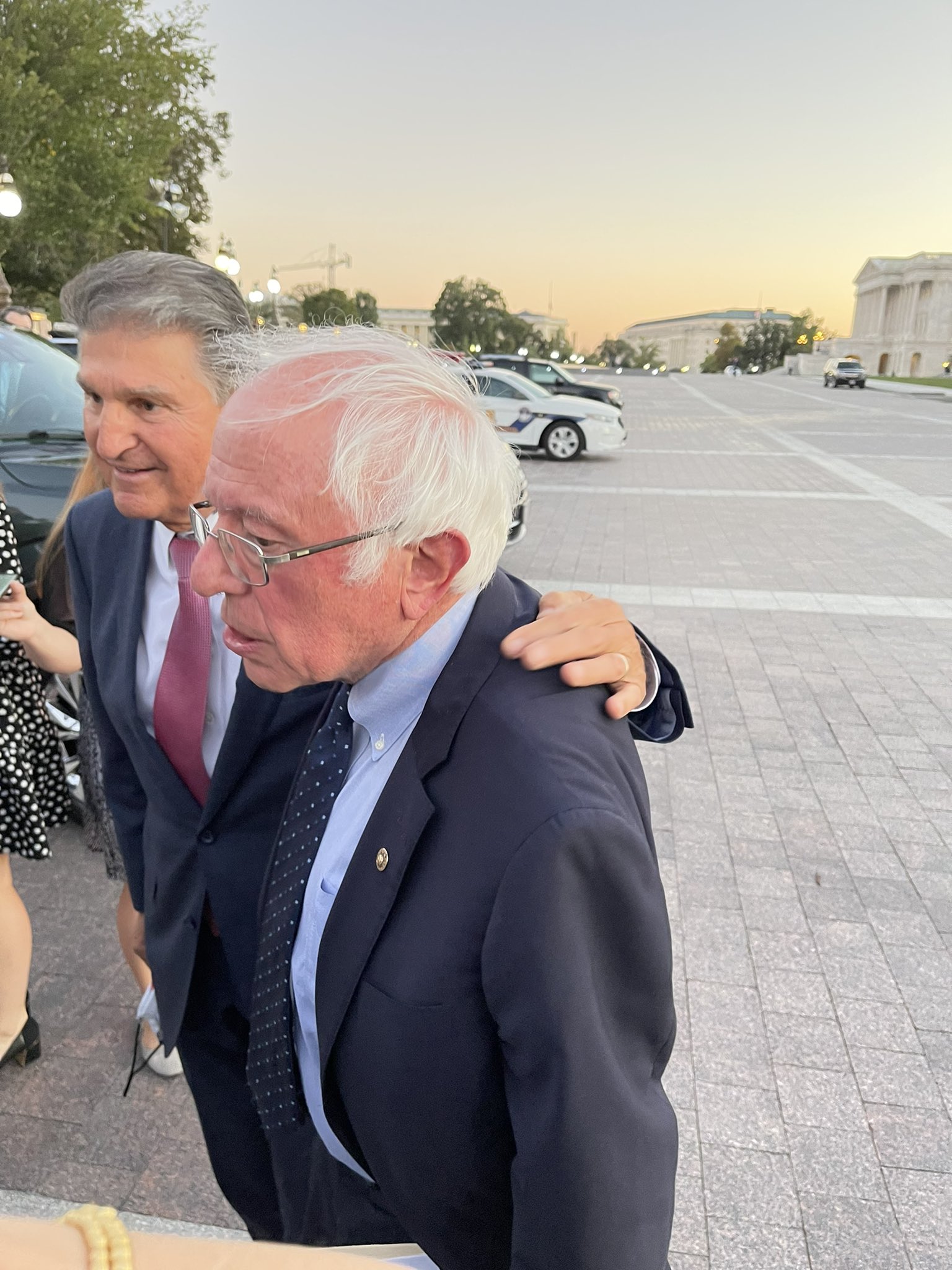 But what about Arizona Democratic Senator Sinema?

Democrats need BOTH of their parties Senator’s to get the Biden legislative agenda passed….

Of course All of this is just the different lawmakers,  and political factions,  working to get what they want in the final deal….

There will be not much in the way of hard feeling….

‘It’s just the business of politics…..’

Sen. Joe Manchin (D-W.Va.) met separately Monday with Sen. Bernie Sanders(I-Vt.) and Congressional Progressive Caucus Chairwoman Pramila Jayapal(D-Wash.) as liberals and centrists in the party struggle to cut a deal on President Biden‘s sweeping spending plan.The meetings — he met first with Jayapal and then later with Sanders — come as the two leading progressives have grown increasingly frustrated with Manchin, a key holdout on the social spending bill that is still being negotiated.

A source familiar confirmed the meeting between Manchin and Jayapal, while Sanders and Manchin, leaving the Capitol on Monday night, told reporters that they had also met….

“We’re talking,” Manchin said as he wrapped an arm around Sanders.

Sanders echoed that, telling reporters that “we’re talking” and that he’s optimistic congressional Democrats and the White House would be able to work out an agreement on the social spending bill.

“I would hope that we’re going to see some real action within the next week or so,” Sanders told reporters. “We discussed the way forward.”

As Manchin and Sanders broke apart to go to their respective cars, Manchin called out, “Never give up, Bernie.”

The scheduled meeting between Sanders and Manchin, followed by the impromptu one outside the Capitol, comes as the two men have been trading shots at each other.

After Manchin convened a brief press conference earlier this month to reiterate that his top-line figure for the spending bill was $1.5 trillion, Sanders convened two press conferences within days where he urged Manchin and Sen. Kyrsten Sinema (D-Ariz.) to be more specific about what they wanted.

Sanders also published an op-ed in a West Virginia newspaper over the weekend touting the benefits of a $3.5 trillion bill, which Manchin has said he can’t support, and saying that “two Democratic senators remain in opposition, including Sen. Joe Manchin.”…