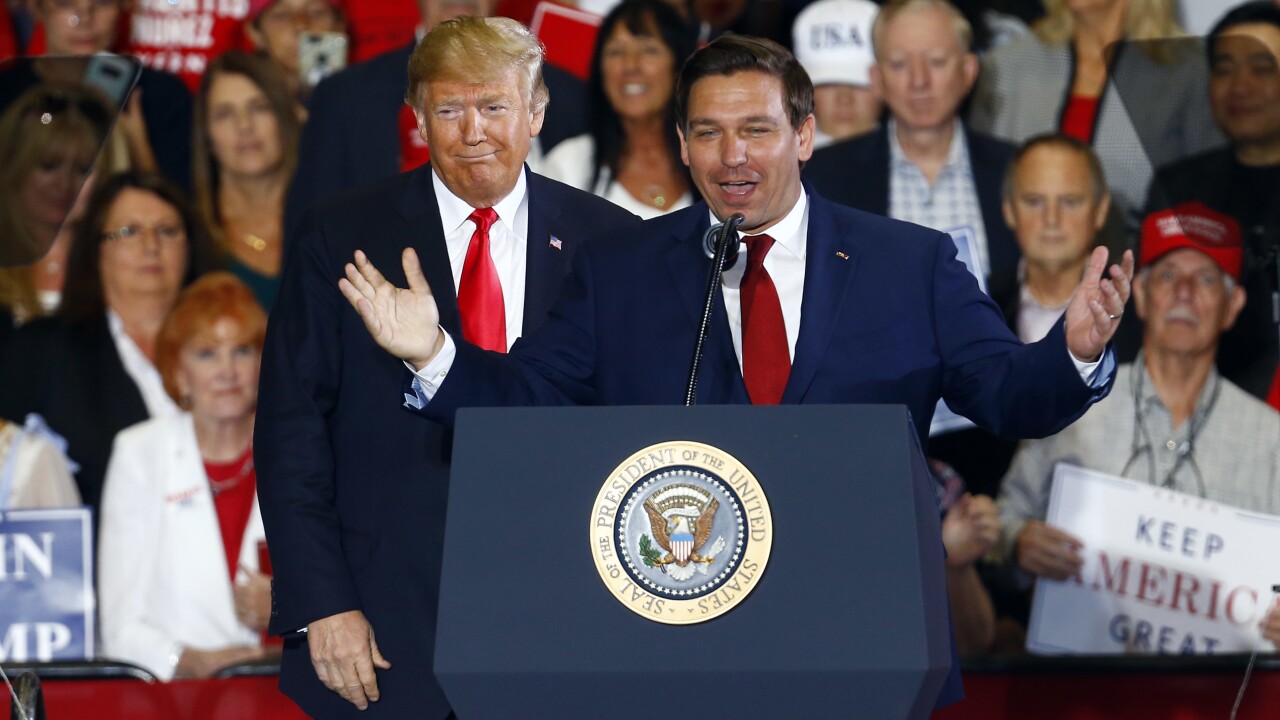 THAT isn’t the case…

The Florida Republican Governor IS sitting in the back seat to Trump….

The other people are not doing too well in the early polling….

Donald Trump remains the king of the GOP. Florida Gov. Ron DeSantis is looking like the crown prince.

For months, DeSantis’ stature has been expanding within the party, marked by growing buzz among grassroots activists and GOP consultants who admire the pugilistic style of politics he wields against progressives and the media. He’s consistently won GOP straw polls of presidential hopefuls — provided Trump doesn’t run in 2024 — and he even edged out the former president in favorability in one of the informal surveys.

Now a new nationwide poll of Republican voters points to him as the front-runner in the event Trump does not run in 2024.

Trump remains the clear leader of the party. If he decided to run again for president in a crowded 2024 primary field, he would get roughly half of the vote, with DeSantis in a distant second place at 19 percent, according to a newsurvey of GOP voters from veteran Republican pollster Tony Fabrizio. Everyone else — including former Vice President Mike Pence — would be in single digits.

Trump’s support would likely be even higher because it’s extremely unlikely that DeSantis, Pence or the others would even run against the former president, who’s the undisputed center of gravity in the party, Fabrizio said.

Fabrizio has polled for both Trump and DeSantis in the past.

“For all the talk of the party moving on from Trump, it’s not the case. If he runs, he’s still the 800-pound gorilla,” Fabrizio said. “But while it’s Trump’s party, there is a clear successor — and that’s DeSantis. He’s the crown prince.”

Trump’s standing among GOP voters has been virtually unchanged since Fabrizio’s last survey in February. But DeSantis has skyrocketed in popularity among Republican voters nationally.

Without Trump running, the poll shows DeSantis gets 39 percent of the theoretical GOP primary vote and Pence is at 15 percent…