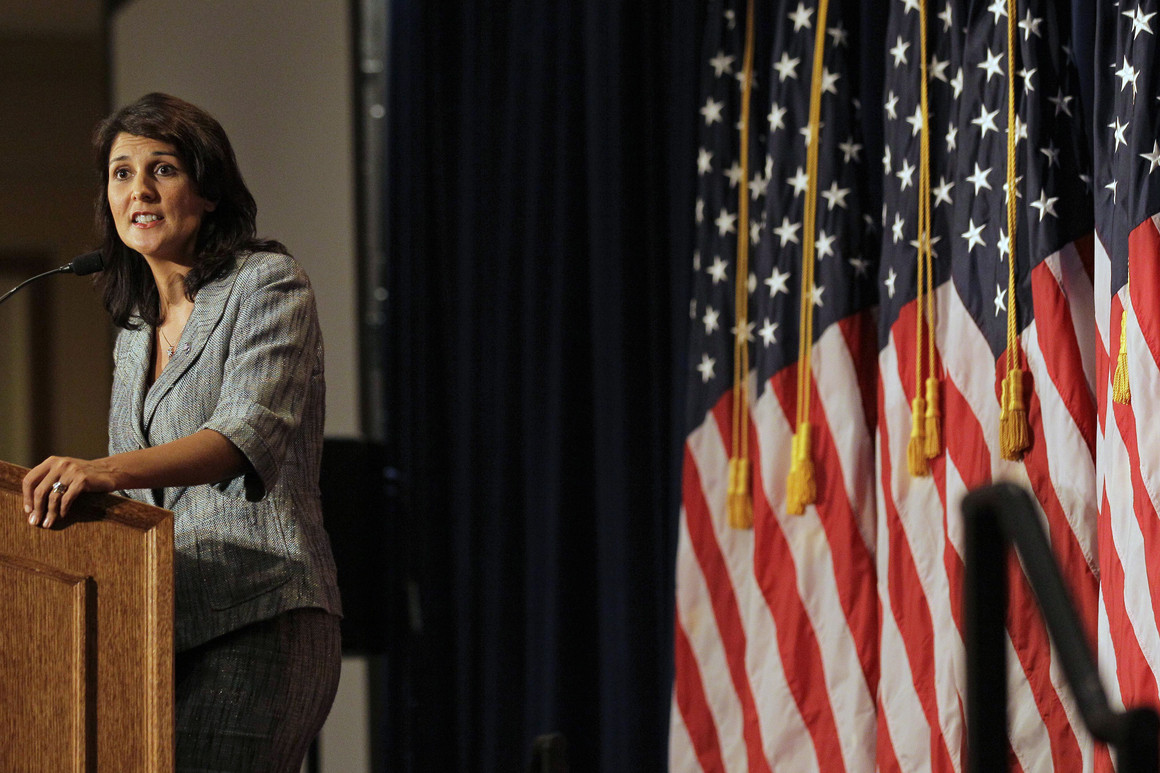 After the US Capitol Protests and Violence?

She is doing the foot work for a 2024 Republican Presidential nomination….

She join’s her parties twisted view of reality finally…

It IS the only way to go forward with Republican voters….

“Thank goodness for Donald Trump, or we never would have gotten Kamala Harris to the border,” Haley said, poking at the vice president’s announcement that she would be traveling to the U.S.-Mexico border soon, ahead of Trump’s planned June 30 visit.

Haley later hailed Trump’s approach to foreign policy, saying she “saw firsthand as ambassador to the United Nations that Donald Trump put America first” and telling a humorous story about Trump’s decision to label North Korean leader Kim Jong-Un “Little Rocket Man,” saying it showed how the former president had “a way of getting people.”

The remarks represent a break for the former Trump cabinet member, who has vacillated in her approach toward Trump as she tests the presidential waters following his defeat. The early struggle to calibrate her position on Trump has penned Haley in between those in the GOP who are eager to move on from Trump and those who want to stick by him.

It began a day after the Capitol siege, when Haley delivered a speech before Republican National Committee officials in which she said the then-president’s actions in the aftermath of the 2020 election “will be judged harshly by history.”

The former ambassador went further in an interview published by POLITICO Magazine a few weeks later, saying that Trump had “lost any sort of political viability” and that she didn’t think he was “going to be in the picture” any longer, before adding: “He’s fallen so far.”

The remarks infuriated those in Trump’s orbit, who regarded them as an act of disloyalty and part of an effort to seek distance from the former president. In February, Trump turned down a request from Haley to meet at his Mar-a-Lago resort.

Since then, Haley has been warmer toward Trump. In April, she said she would forgo a 2024 presidential bid and support Trump should he run.

Haley’s 30-minute speech before the 500-person Iowa GOP dinner comes as she embarks on a three-day swing across the state….

The trip is Haley’s first to Iowa this year and comes as several other would-be Republican presidential candidates make appearances in the state. Arkansas Sen. Tom Cotton is headlining an event in Sioux City later this month, and former Vice President Mike Pence, former Secretary of State Mike Pompeo and South Dakota Gov. Kristi Noem are all slated to appear at next month’s Family Leader Summit…