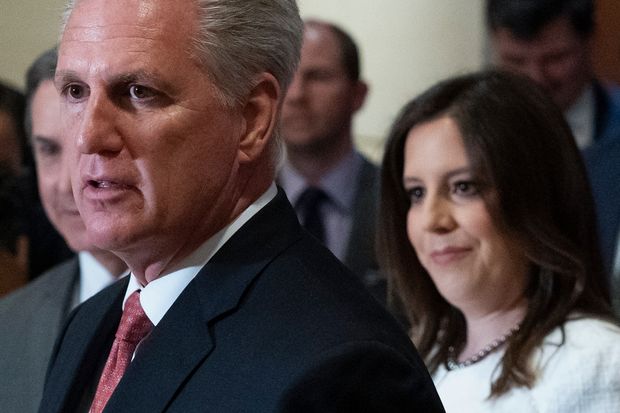 35 Republicans join Democrats in approving a 9/11 type commission review of the US capitol protest that turned into mob violence against office of the United  State’s Congressional lawmakers….

Several House Republicans made the ‘deal’ with Democrats on the effort….

Ex-President Donald Trump has come out against the effort….

But in the end?

Those who where threatened, while Trump sat safely in the White House, have chosen to have their body look closer at the action’s along with the Federal criminal cases generated numbering over 400….

This IS a defeat for McCarthy and Yes…Donald Trump…

We now turn to the US Senate, where Democrat’s and the Republican for this have a higher mountain to climb to join the House’s vote….

A sharply divided House voted on Wednesday to create an independent commission to investigate the Jan. 6 Capitol assault, overcoming opposition from Republicans determined to stop a high-profile accounting of the deadly pro-Trump riot.

But even as the legislation passed the House, top Republicans locked arms in an effort to doom it in the Senate and shield former President Donald J. Trump and their party from fresh scrutiny of their roles in the events of that day.

The final vote in the House, 252 to 175, with four-fifths of Republicans opposed, pointed to the difficult path ahead.

The vote came hours after Senator Mitch McConnell, the minority leader, declared his opposition to the plan. Mr. McConnell had said just a day earlier that he was open to voting for it, and had previously been vocal both in denouncing Mr. Trump’s role in instigating the assault and in decrying the effort by some Republicans on Jan. 6 to block certification of the election results.

Proponents, including 35 Republicans, hailed the move to establish the commission as an ethical and practical necessity to fully understand the most violent attack on Congress in two centuries and the election lies from Mr. Trump that fueled it. Modeled after the body that studied the Sept. 11, 2001, terrorist attack, the 10-person commission would take an inquiry out of the halls of Congress and deliver findings by Dec. 31….

House GOP divisions were on full display Wednesday as dozens of Republicans broke with their party leadership and former President Donald Trump to support a proposed commission investigating the Jan. 6 siege on the Capitol.

The measure, which would task a bipartisan 10-person commission with delivering a report on the causes and facts of the insurrection by the end of the year, passed the House by a 252-175 vote with every Democrat and 35 Republicans in support…

The big bipartisan vote was a major rebuke to House Minority Leader Kevin McCarthy, who worked hard to minimize the brewing rebellion in his ranks over the commission. During the vote, McCarthy huddled in the back of the chamber with his staff, watching the vote tally tick upward as Republican after Republican registered their “yes” vote.

McCarthy’s handling of his party’s internal divisions this week has revealed potential weaknesses in his leadership style — and offered a preview of how the California Republican might run the House one day.

McCarthy initially empowered one of his allies, moderate Rep. John Katko of New York, to cut a bipartisan deal with his Democratic counterpart on an independent, 9/11 style commission to investigate the deadly Capitol riots. But when Katko ultimately struck an agreement, which included most of McCarthy’s demands, the GOP leader balked at the plan.

Internal debate then swirled among House Republicans over whether to formally whip the measure. Whipping against a bill negotiated by one of their own would have been largely unprecedented, so GOP leadership decided against it. But once it looked like dozens of Republicans might break ranks, McCarthy grew nervous about the prospect of defections and took more informal steps to build opposition to the bill, multiple GOP sources said.

Further complicating the dynamics for McCarthy, the conservative wing in the House Freedom Caucus informed him on Monday evening they were staunchly opposed to the commission, and Trump came out against it Tuesday evening….