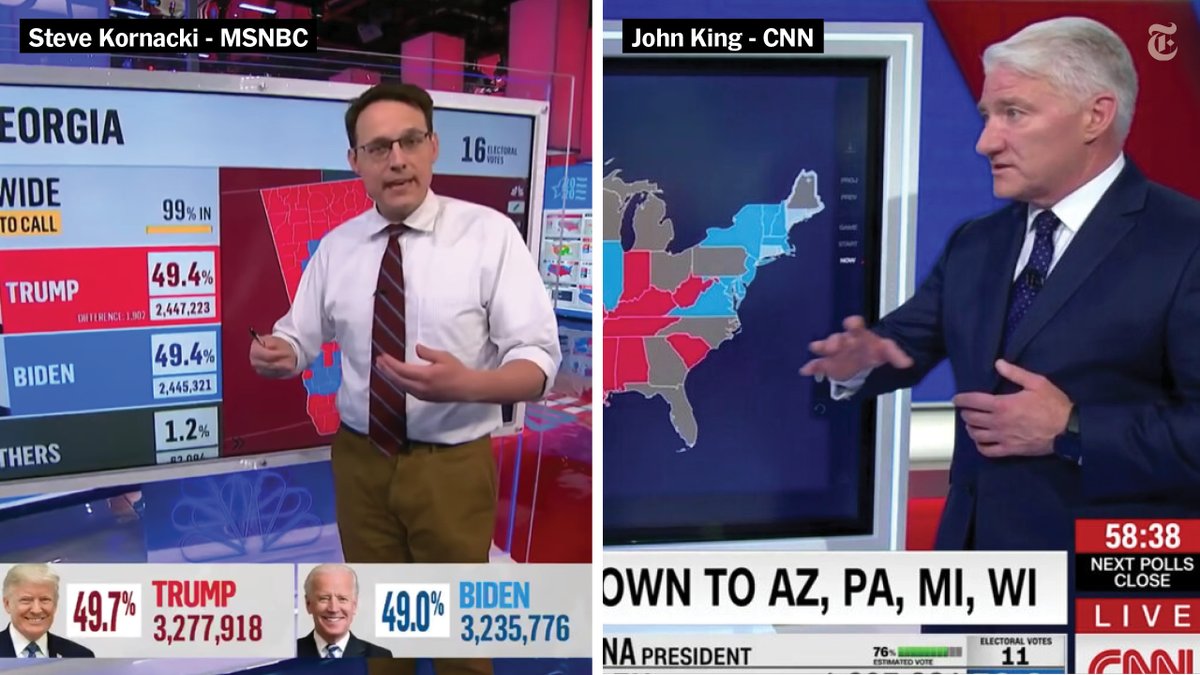 John King is the veteran working the election night board over at CNN….

The new guy over at MSNBC is Steve Kornacki….

Kornacki IS ‘the man’ this go around….

There are very few instances in which I, a young person, will choose to watch network television. The exception this year was election night; in the exhausting days after, my eyes stayed glued to MSNBC’s flashing graphics as journalist Steve Kornacki zoomed in and out on an oversize map, doing hypothetical math to calculate the candidates’ odds of reaching 270 electoral votes.

Kornacki was not the only map dude on air that night, but he was — according to the internet and my colleagues at The Goods — the most attractive to watch. And on a night in which I needed as much comfort as possible, I switched streams from NBC (sorry not sorry, Chuck Todd) to MSNBC without a second thought.

As the hours dragged on, viewers began pointing out how Kornacki’s nerdishly disheveled energy was oddly soothing. He was always present even during breaks, on the corner of the screen dubbed the “Kornacki Cam.” His resilience was so astounding that people began to develop an unforeseen crush on the 41-year-old, who some fans have jokingly dubbed “Map Daddy,” as Kornacki engaged in the most unsexy activity of all time: explaining electoral math for hours on end….