Trump diehard’s are telling Gorgia Republicans  on social media’s to NOT VOTE in the January runoff election?

Ya can’t make this stuff up?

Them NOT voting would give the US Senate majority TO THE DEMOCRATS….

This is an example of how upside down Trumpism has become ….

Don’t vote for the two Republicans because they aren’t good enough at kissing Trump’s butt about the vote being rigged ,  so that Democrats can gain two US Senator’s and Joe Biden can have a MUCH easier 2 to 4 years?

But Democrats hope the knucklehead Trump supporters take the bait and stay home on Election Day….

The Georgia Republicans are eating their own it would seem…..

President Donald Trump’s demonization of mail-in voting may have cost him votes in the recent election. Now, his demonization of Georgia’s entire electoral system is hurting his party’s chances at keeping the Senate.

Driven by Trump’s insistence that Georgia’s elections are indelibly rife with fraud, conspiratorial MAGA figures are calling for a boycott of the two Senate runoff races, slated for Jan. 5, that will determine which party controls the upper chamber.

Their reason: The two GOP candidates, Sens. Kelly Loeffler and David Perdue, are not only insufficiently pro-Trump, they may be complicit in Georgia’s electoral fraud.

It doesn’t matter that both candidates are essentially lock-step with Trump, or that there is no evidence of links to electoral malfeasance. On Twitter and its less-restrictive alternative Parler, Trump’s more hardline followers have linked the duo to the president’s favorite — and untrue — voter-fraud theories. Hashtags like #CrookedPerdue and #CrookedKelly are flying around. The two lawmakers’ Parler accounts are brimming with posts accusing them of being secret “liberal DemoRats.”

The swelling anger is not just emanating from everyday QAnon believers in the MAGAverse. It’s also coming from prominent lawyers working on Trump’s behalf, including Sidney Powell, who was briefly a lead attorney in Trump’s push to overturn the election….

That is NONSENSE. IGNORE those people,” implored Donald Trump Jr., the president’s son and typically a MAGA world leader, in a Monday tweet…. 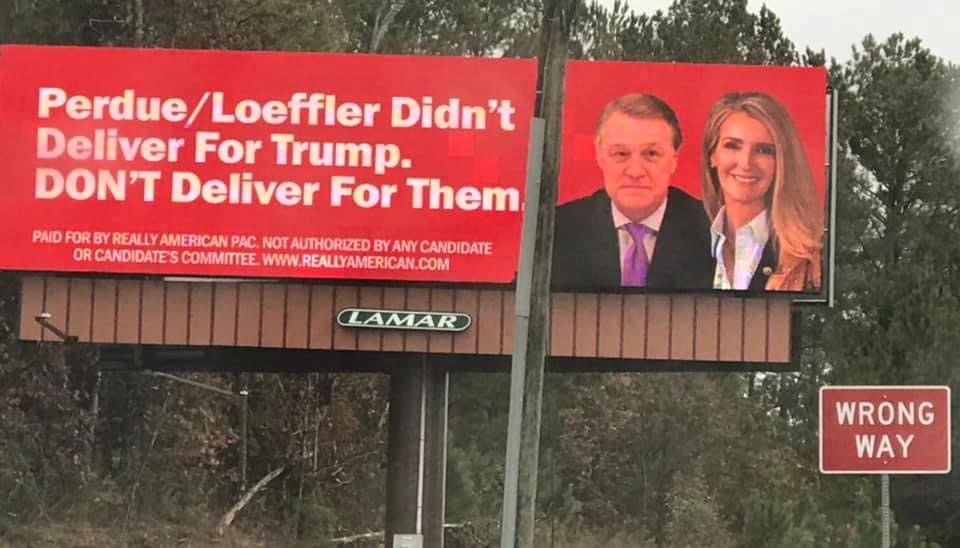