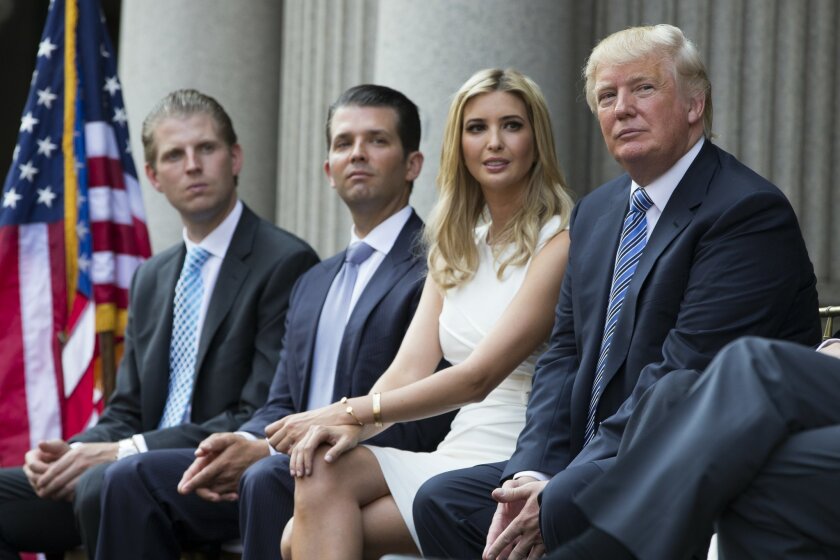 They ALL do after they leave office…

Of course the Trump family did it while Daddy was IN office and the Supreme’s said it’s ok….

The emolument’s clause in the Constitution ain’t worth shit…..

We’re gonna see the Donald and family show attempt to rake in YUGE ton’s of money….(Dumb people have kept donating money to rich gut that spent only eight grand on this years campaign and hasn’t taxes in years)

Donald is gonna need it…

He owe the feds and New York tax money and the bank’s I hear about a hall billion dollars….

Oh, he’s gonna be paying lawyer and women that he ‘s being sued by for hands problems….

Heck, he might have to pay his wife divorce settlement money also, eh?

President Trump will continue to draw huge crowds when he’s out of office — and can expect huge fees to speak to them.

The 45th President of the United States will easily receive $1 million, and likely more, for speeches in the US, TMZ reported. He could rake in even more overseas, the site maintained, citing bookers who help celebrities get such deals. The president can also expect first-class digs, and likely some golf trips thrown in. So far, it doesn’t appear that any talent agencies have signed any members of the family yet, but with the president staring down at least $400 million in personally guaranteed debt, he’ll welcome the cash flow. Trump and his family members claim the presidency cost the family “a fortune.”

Politicians frequently earn significant sums on the speaking circuit when they’re out of office. The millions Hillary Clinton took in from speeches to the likes of Goldman Sachs was a major issue during the 2016 campaign. That could raise concerns for Trump if he decides to run again in 2024.

The demand will extend to the first lady and the president’s kids, whose roles in the campaign and administration raised their profiles…