That IS Too Hot! 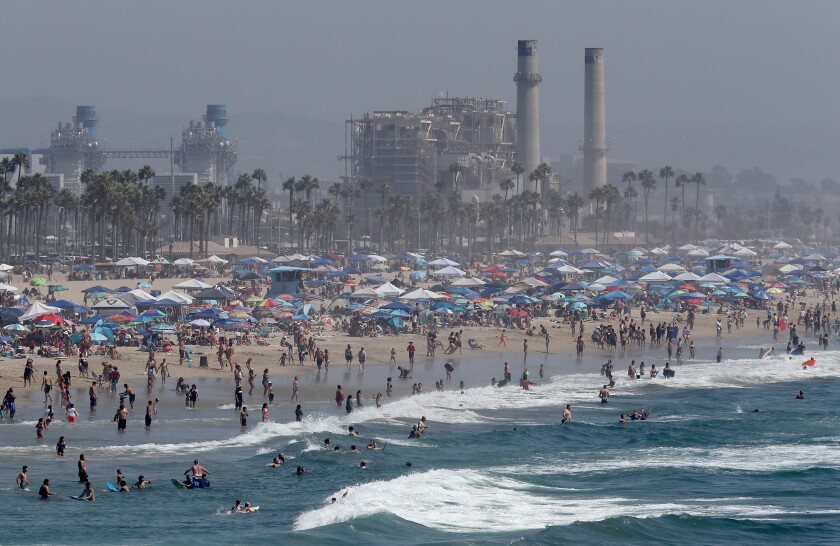 As a historic heat wave left Southern California broiling, Woodland Hills on Sunday recorded an all-time high of 121 degrees, which the National Weather Service said was the hottest temperature recorded at an official weather station in Los Angeles County.

It broke the old record of 119 degrees set in July of 2006 and was one of several records to fall on Sunday. The NWS said Riverside hit its highest temperature ever for September at 117 degrees; Santa Ana hit a record high for the day at 106.

In some areas, Sunday was even hotter than Saturday, where the mercury hit historic levels in some areas. Officials said at least three areas tied or topped all-time record highs Saturday: Alpine (113), El Cajon (114) and Idyllwild (103). The weather service said Burbank appeared to tie an all-time record at 114 degrees.

A slight cooling trend should begin Monday. Even though areas could see temperatures drop by 10 degrees, many locations will remain in the triple digits.

Officials, meanwhile, are warning of possible rolling blackouts because of demand on the power supply brought on by the heat….

Oh, and then there is this?

An early taste of winter with record cold temperatures and snow — yes, snow — is on the way for the Rocky Mountains.

A strong September cold front is set to drop out of Canada in the beginning of the week, making its presence known from the Dakotas all the way down to Texas by Wednesday.
.
This will bring a dramatic temperature swing to a large portion of the country as many deal with record-breaking, triple-digit heat over Labor Day weekend…
…
Such a front will bring a rare measurable snow to the Rockies. In fact, the higher elevations of the Rocky Mountains could pick up more than 8 inches of snow….
More….