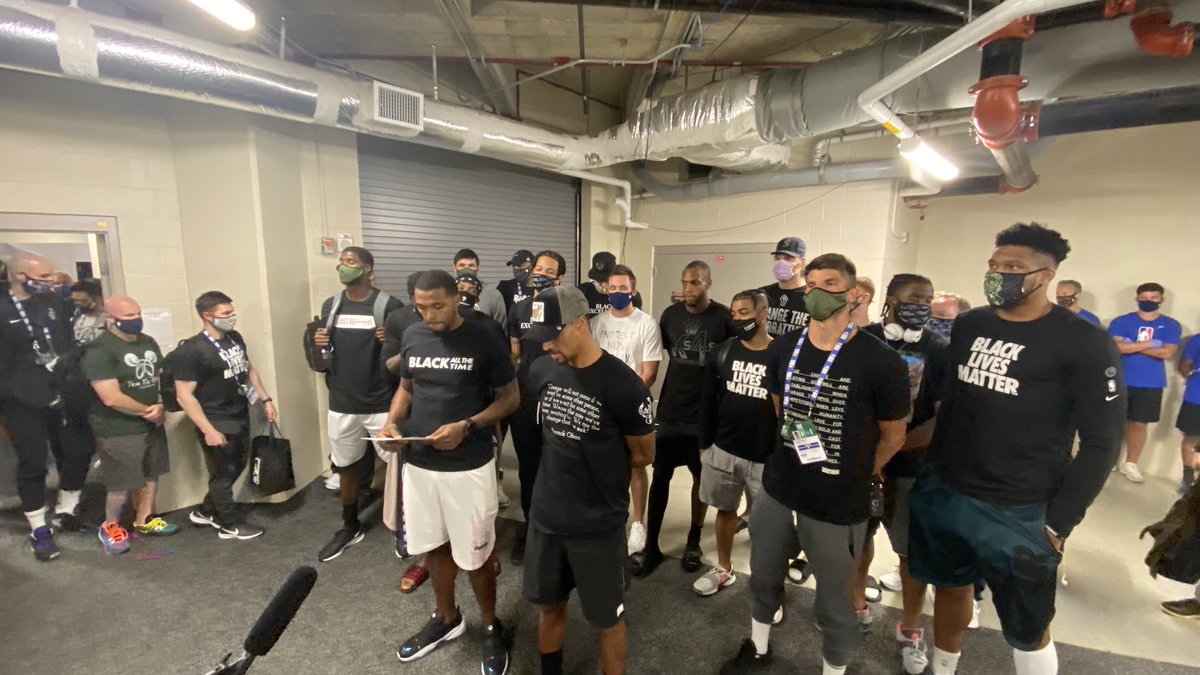 It started with basketball players and has spread across Pro Sports tonight….

The NBA’s restart inside a restricted bubble at Disney World, which has proceeded smoothly for more than a month without any positive novel coronavirus tests, came to a screeching halt Wednesday when the Milwaukee Bucks refused to take the court for a playoff game against the Orlando Magic to protest the police shooting of Jacob Blake in Kenosha, Wis. The league announced the cancellation of all three games scheduled for Wednesday evening as a result.

The unprecedented decision to postpone the games was quickly followed by a similar decision by the Women’s National Basketball Association, which postponed three scheduled games across the state in Bradenton.

The cancellations underscored an emerging new reality in big-time sports in which athletes are increasingly emboldened to express themselves on racial injustice and other social issues and leagues are finding ways to accommodate their views.

Tensions inside the bubble have mounted over the past two days, with players and coaches outraged by the video of Blake’s shooting, but the Bucks’ decision not to play in Game 5 of their first-round series caught league and team staffers by surprise….

Bucks are ready to speak