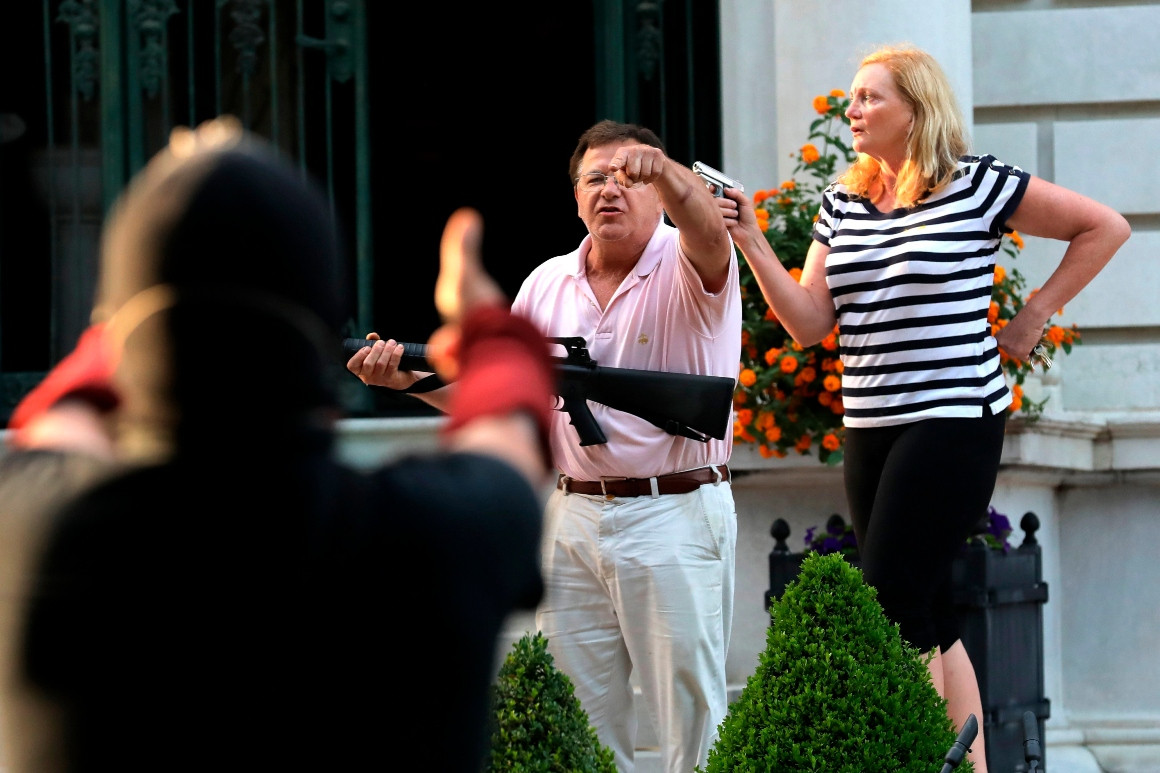 In a CBS interview….

He does NOT feel he has to sympathise with racism against Blacks, Browns or Yellows in America now, or in the past….

As the nation faces a reckoning on anti-Black racism, President Donald Trump pushed an interview Tuesday to focus on white people.

Speaking with CBS News’ Catherine Herridge, the president claimed that more white people die at the hands of police than Black people, that the Confederate battle flag is a beloved symbol equal to the Black Lives Matter movement and that a St. Louis couple who pointed guns at protesters had a right to do so.

The remarks come as the nation continues to openly grapple with racism after the death of George Floyd by a white police officer in Minneapolis on Memorial Day. Trump said Floyd’s death was “terrible,” but when Herridge asked him why Black people continue to die at the hands of police in the country, the president rejected the premise.

Numerous studies have shown that Black Americans are more likely to die during interactions with law enforcement officers than whites. One studyrevealed that, although 52 percent of those killed by police in 17 states from 2009 to 2012 were white, Black people had a fatality rate 2.8 times higher than white people.

Herridge also asked Trump for his views on the Confederate battle flag, which has faced renewed calls for removal from public places. NASCAR and the Marine Corps notably banned the flag last month. Herridge specifically pointed out that the flag is a painful reminder of slavery for many Americans, but Trump cut in to say that “people love it.”

Trump also came to the defense of a St. Louis couple who went viral after videos showed them pointing guns and yelling at anti-racism protesters who walked by their house. The couple, Mark and Patricia McCloskey, later had their gun confiscated by police as part of an investigation into the confrontation…..