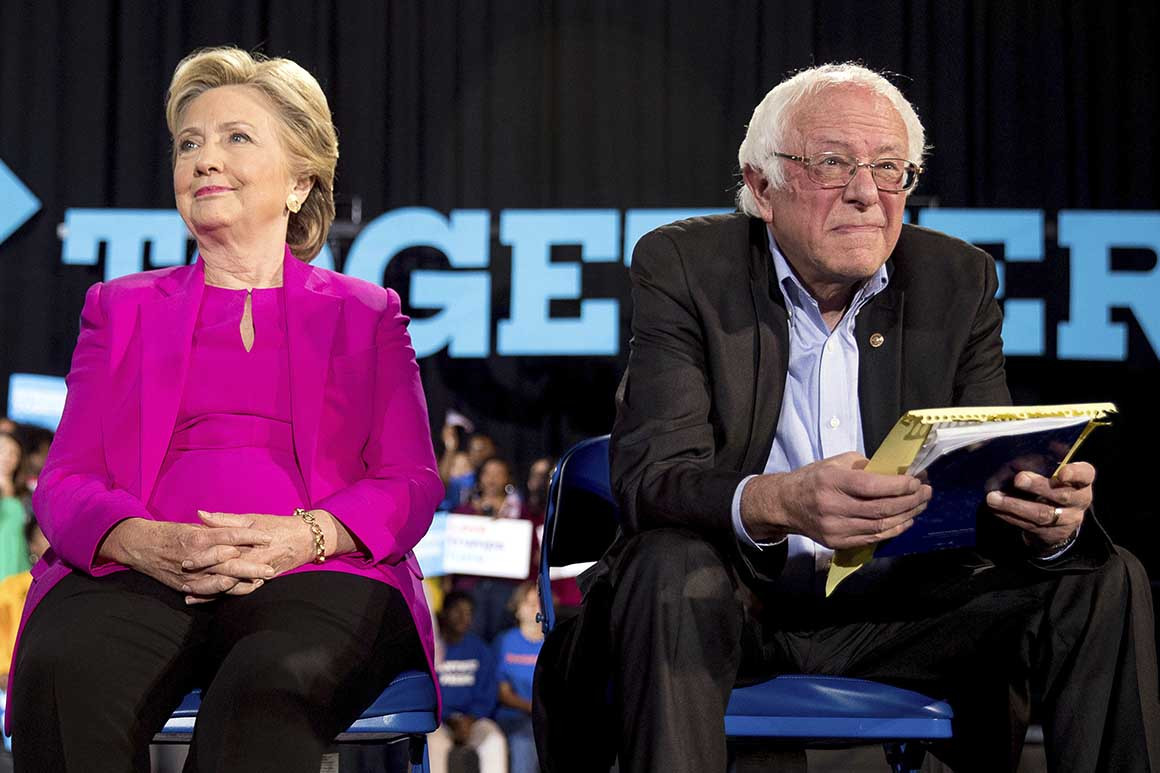 I am happy to say the Democratic ‘Civil War’ appears to be over without a fight….

The goal for ALL of the parties IS to cancel Donald Trump’s time as President….

The linked piece below points to something that has been whispered any few political pundits….

And Hillary Clinton HAS admitted that she was ‘annoyed’ by Sanders personally ….

So was a group of Sanders supporters at her….

Joe Biden has emerged from a contested Democratic primary with surprising party unity and without any serious threat on his left flank, according to New York Times/Siena College polls of the six battleground states likeliest to decide the presidency.

No Warren supporter in the survey — which was conducted in June — allowed for the possibility that there was even “some chance” they would vote for Mr. Trump.

The unity of Democratic voters in the Times/Siena polls represents a marked change from four years ago, when a significant number of Sanders supporters never embraced Hillary Clinton’s candidacy. According to the Cooperative Congressional Election Study, she won just 74 percent of voters who backed Mr. Sanders in the 2016 primary, while 12 percent voted for Mr. Trump.

The findings, however, do not represent a change from last October, when Sanders and Warren supporters in the same six battleground states were asked whom they would vote for if the choice came down to Mr. Biden and Mr. Trump. It was 89-4 for Mr. Biden back then; it is 89-3 now.

Remarkably, the challenge Mr. Biden faces from the party’s left is difficult to distinguish from the challenge he faces from the center. Together, the supporters of Pete Buttigieg, Michael Bloomberg and Amy Klobuchar back Mr. Biden by 87-6. Of course, these voters represent a far smaller share of the Democratic electorate than the supporters of Ms. Warren and Mr. Sanders, but few would argue that Mr. Biden faces any serious challenge among moderate Democrats.

One reason Mr. Biden does not face the kind of rejection Mrs. Clinton saw is the changing composition of the Sanders vote. In 2016, Mr. Sanders won significant support from relatively conservative, white, rural voters. These voters were no socialists, and it’s an open question how many genuinely supported Mr. Sanders or merely voted in protest of Mrs. Clinton.

Either way, a share of Sanders supporters in the 2016 primary stuck with President Trump after backing him in the 2016 general election, and they did not return to Mr. Sanders in the primary four years later. Their departure from the Democratic primary electorate helps explain the significant decline in Mr. Sanders’s strength in white, rural and working-class areas, along with the relative unity of the remaining Democratic vote….