President Donald Trump will NOT…. 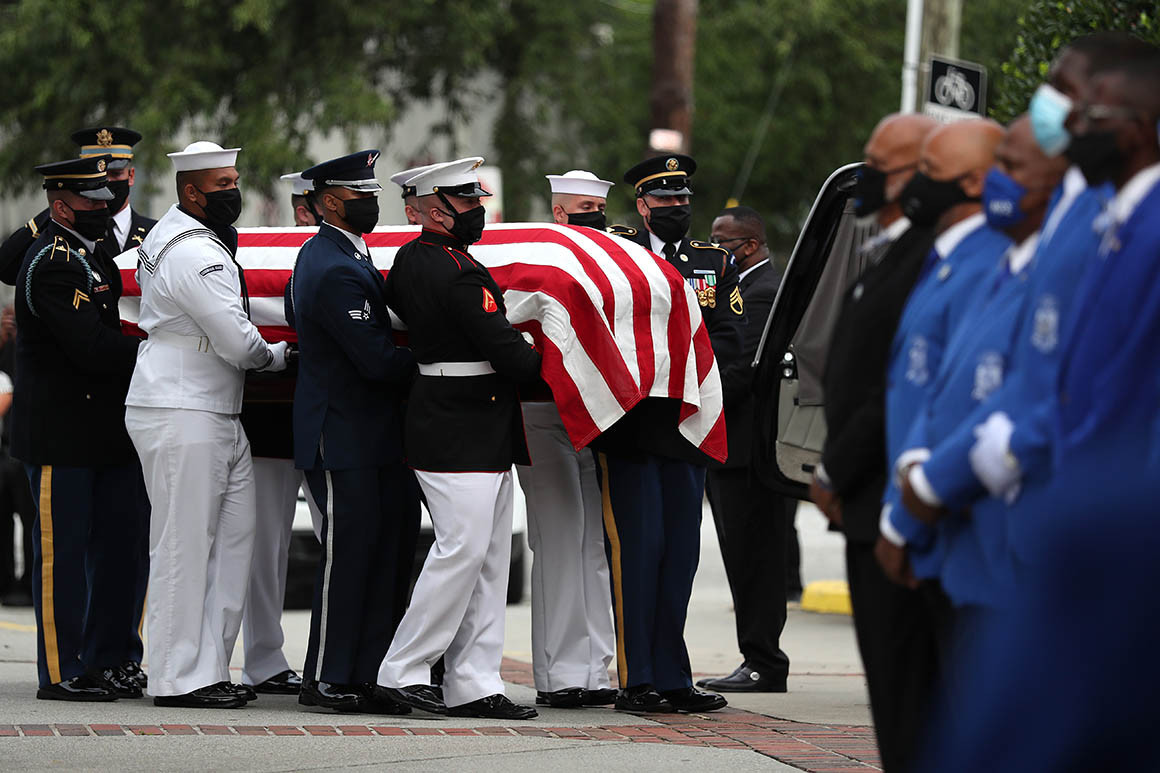 Three former presidents and the most powerful woman in Congress will say their goodbyes to civil rights icon John Lewis at his funeral service at the historic Ebenezer Baptist Church in Atlanta on Thursday.

Lewis’ funeral is the penultimate event of the six-day celebration of his life, which took the Alabama native and Georgia congressman through Alabama, Georgia and Washington, D.C. Lewis, an American hero who was brutally beaten during the “Bloody Sunday” protest in Selma, Ala. in 1965, crossed the Edmund Pettus Bridge for the last time over the weekend, lay in repose in Selma and Troy, Ala., and lay in state at the Alabama state Capitol, U.S. Capitol and Georgia state Capitol.

Lewis, 80, died July 17. He was diagnosed with pancreatic cancer last December. Lewis represented the Atlanta area in Congress from 1987 until his death.

The service, which was closed to the public, brought some of the most powerful politicians in the country to deliver remarks. Other speakers include the Rev. Bernice King, CEO of the King Center, who will lead a prayer, activist James Lawson, former Atlanta Mayor Bill Campbell, Lewis’ deputy chief of staff Jamila Thompson and the Rev. Raphael Warnock, a Democratic Senate candidate and senior pastor of the church.

President Donald Trump, who had no events on his schedule for Thursday morning, stayed in Washington to tour the American Red Cross national headquarters and participate in a roundtable on donating plasma in the afternoon….