Hide Search
NY Gov Cuomo reports higher deaths but other numbers HAVE dropped (some as much as 50%) as the virus cases seem to be holding or even decling in the state that still leads the nation….Remember there IS a lag in some numbers, which would mean the plateau was a few days ago …The numbers are still higher that we all would like to see…
Nate Silver
@NateSilver538
New York reports fewer new cases than yesterday: Today: 8147 Mon: 8658 Sun: 8327 Sat: 10841 Fri: 10482 Thu: 8669 Wed: 7917 Tuesday 3/31: 9299 Not sure about testing volume—Cuomo doesn’t usually announce those numbers—though it’s been fairly constant from day to day in New York. 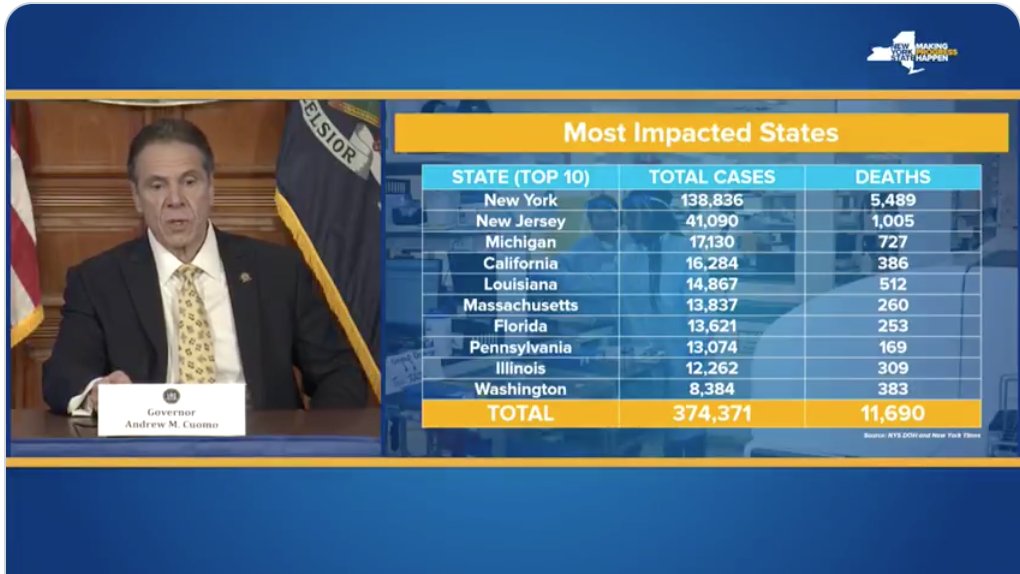