She joins Barack Obama,  Bernie Sanders and just about all of the major Democratic Party major players including some of those on the left….

Her blessing for the Biden campaign, after her narrow loss,  is a reminder that Democrats need to be united in unseating Donald Trump THIS time…

Hillary Clinton, the 2016 Democratic presidential nominee and the person with the most experience competing and debating against President Trump, will throw her support behind Joseph R. Biden Jr. on Tuesday, the latest party leader to try to make the case for returning the White House to Democratic hands in November.

Mrs. Clinton is expected to announce her endorsement on Tuesday afternoon, according to a person familiar with the plans, and appear with Mr. Biden in an online conversation about the impact of the coronavirus on women.

On her Twitter account Tuesday, Mrs. Clinton all but confirmed the endorsement as she disclosed that she will be appearing at the online event with Mr. Biden.

A little hint about who the surprise guest will be for @JoeBiden‘s 3pm ET town hall today: 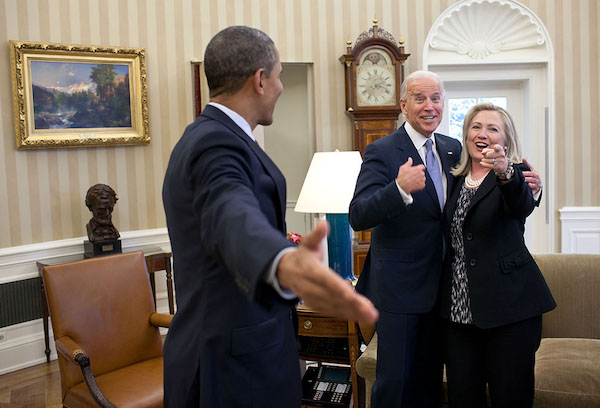 As the woman who got closest to the White House, Mrs. Clinton remains a singular figure in Democratic presidential politics, and a complicated one. Both beloved and blamed for her narrow loss to Mr. Trump in 2016, she possesses a loyal and powerful constituency of female supporters, many of whom are among those who argue that the election was stolen from her by Russian hackers.

Her re-emergence in presidential politics also serves as an implicit reminder to the Democratic left about the dangers of a divided party. While a wide array of factors contributed to Mrs. Clinton’s loss, one element was the refusal of some on the left to coalesce behind her candidacy against Mr. Trump.

For progressives now skeptical about Mr. Biden, Mrs. Clinton’s endorsement, among other things, is an invitation to reflect upon whether they want to risk four more years of the Trump presidency because they are uncomfortable with the former vice president. Mr. Biden has argued since last year that he is best positioned to defeat Mr. Trump — but that he would need a united party to do it. No one knows better than Mrs. Clinton that there is no room for error or a lack of unity among Democrats in a closely fought general election….