The protesters had been removed from the building and the lawn a few hours after the protests surrounding the capitol began, the Clerk of the House’s office told TPM.

Sen. Dayna Polehanki (D) tweeted a picture from the Senate floor earlier on Thursday, saying that some of her colleagues had donned bulletproof vests.

“They were very upset by each call to recess and incorrectly believed that the ‘do nothing Democrats’ (their words) called the recesses,” Polehanki told TPM. “Republican leadership actually determines our schedule.”

“Yes, it is nerve wracking to have people who are angry with you above you in the gallery holding rifles,” she added. “But this is legal in Michigan.”

Directly above me, men with rifles yelling at us. Some of my colleagues who own bullet proof vests are wearing them. I have never appreciated our Sergeants-at-Arms more than today. #mileg 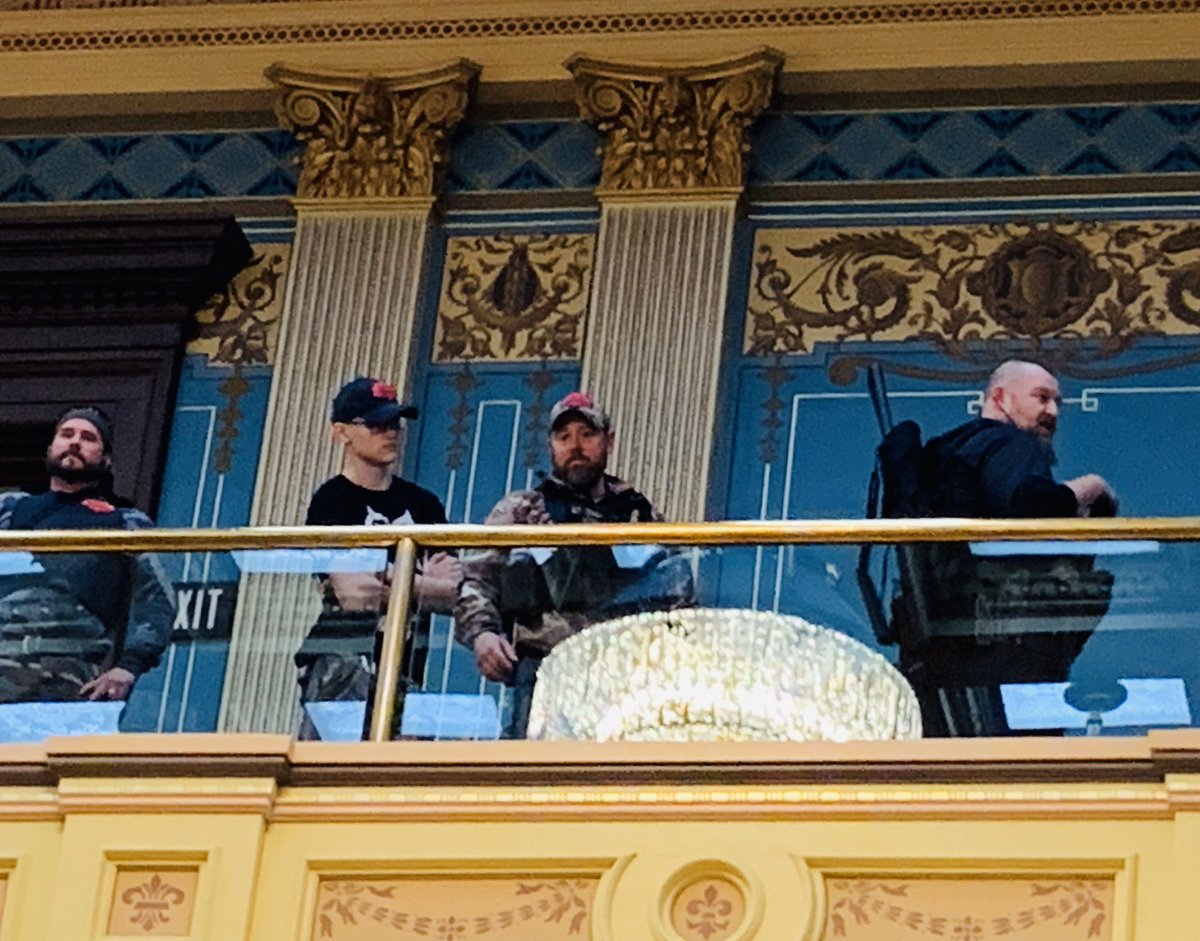