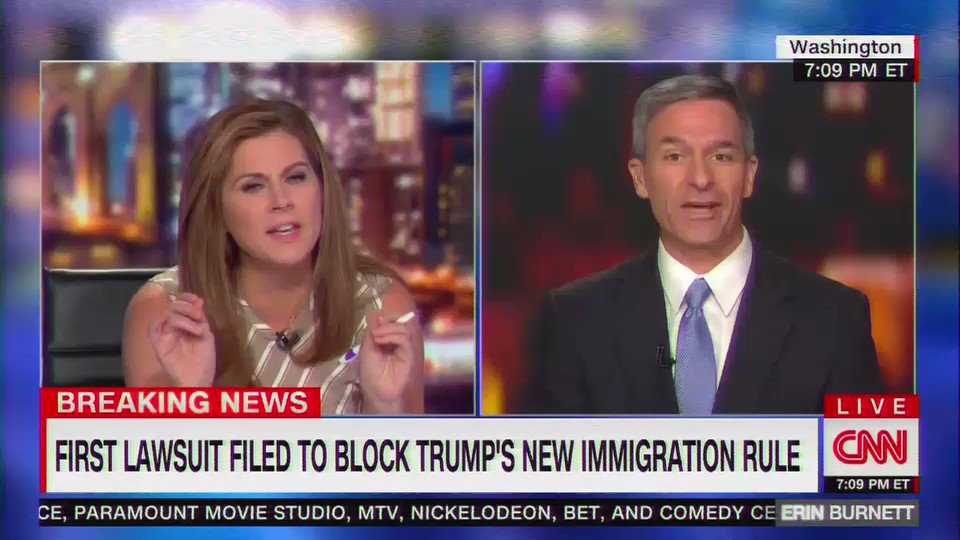 Ken Cuccinelli, the Trump administration’s acting head of U.S. Citizenship and Immigration Services has been all over the media defending the recent ICE raid in a meat packing plant that needed over 600 and ended up making hundreds of children with out their parents  and the new rules coming out that will discourage immigration for those who aren’t rich or professionals….

He outdid himself in a interview with CNN’s Erin Burnett on the statue of Liberty proclamation …..

Ken Cuccinelli, the Trump administration’s acting head of U.S. Citizenship and Immigration Services, reinforced his controversial interpretation of the inscription on the Statue of Liberty ― this time giving it a racist twist.

CNN journalist Erin Burnett was asking Cuccinelli about his earlier interview with NPR, in which he reworded the Emma Lazarus poem “The New Colossus,” saying: “Give me your tired and your poor who can stand on their own two feet, and who will not become a public charge.”

“‘Wretched,’ ‘poor,’ refuse’ – right? That’s what the poem says America is supposed to stand for. So what do you think America stands for?” Burnett asked Cuccinelli.

“Well, of course, that poem was referring back to people coming from Europe,” Cucinelli answered, “where they had class-based societies, where people were considered wretched if they weren’t in the right class … And it was written one year after the first federal public charge rule was written.”