This is the first major poll I think I’ve seen with sanders actually ahead of Biden for the nomination….

Its result’s seem to be off from the recent polling having Warren and O’Rourke ahead of Harris….

More in line with the other polling across the country….

Joe Biden runs the strongest against Trump, beating him by 10%, which is  above the margin of error….

The first Emerson College Wisconsin Poll of the Democratic primary finds Bernie Sanders holding a strong lead with 39% of the vote, followed by Joe Biden at 24%. In third place, Elizabeth Warren, the only other candidate in double digits, is at 14%. The poll was conducted March 15-17, n=324, +/- 5.4%. 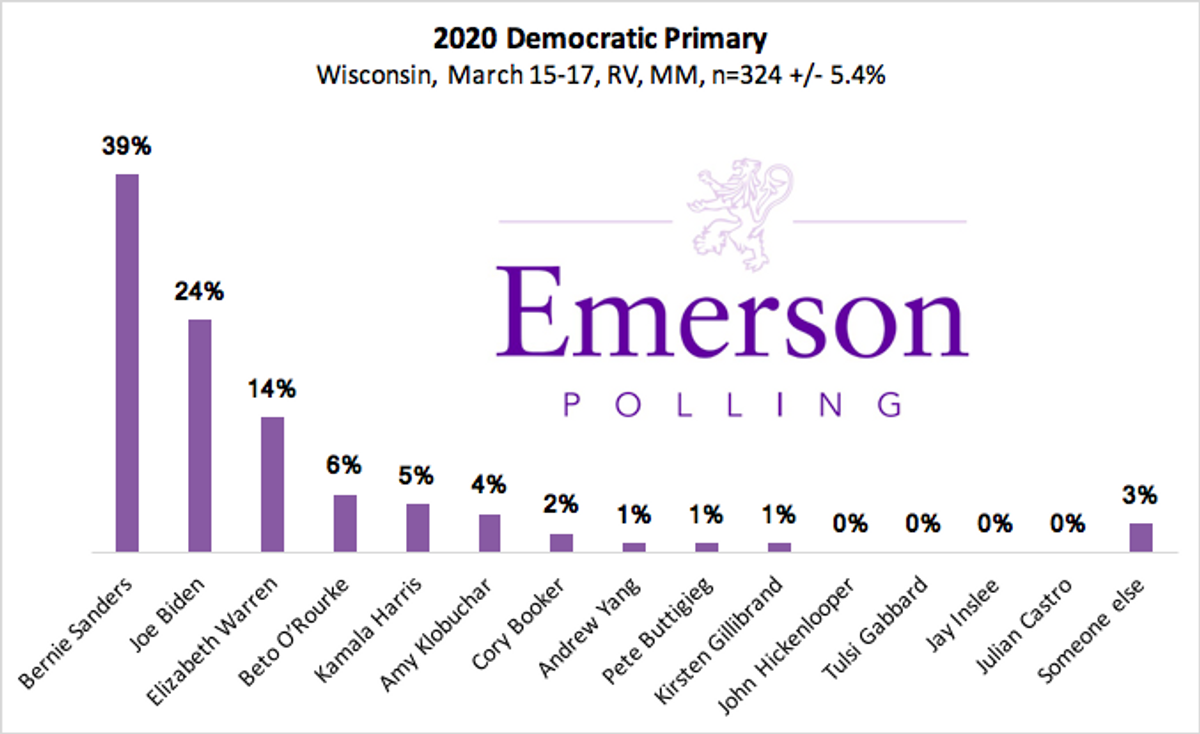 Sanders holds a large lead among 18-29 year olds, with 61% of the vote, while Warren is second with 15% of support. With voters over the age of 65, Biden leads with 38%; Sanders is in second with 26%. Spencer Kimball, Director of Emerson Polling, explains: “Unlike Michigan and South Carolina, where Biden competed with the youth vote, our poll shows that in Wisconsin, Sanders maintains the coalition he built in 2016 that earned him nearly 54% of the vote in the Democratic primary against Clinton.”….