The guys been hiring people away from Fox News for the past year….

It appears Joseph diGenova will be a legal ‘mouth’ for the Trump lawyers who seem to be pursuing two different legal fronts right now…. 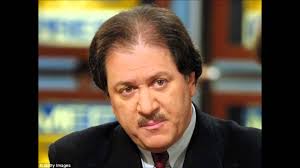 Some want Trump to be quiet and cooperate….They started off with the case….

Trump seems to be moving to a more confrontational tac…..

The recent moves seem to smell of a guy who KNOWS he’s in deep shit….And needs some  ‘back bone’ people to run interference for him…

DiGenova, a Washington, D.C. lawyer and former U.S. attorney for the District of Columbia, has pushed the conspiracy theory that FBI officials framed Trump. He told the Daily Caller in January that the FBI “created false facts so that they could get surveillance warrants.” DiGenova also served as independent counsel in the Bill Clinton passport investigation in the 1990s.

DiGenova will not play a leading role on Trump’s legal team but will be a “more aggressive player,” according to the New York Times….