Donald Trump made the above statement…..

After he did in public? 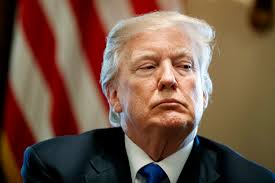 The people running the show in Syria have become confused?

The American policy for Stria is to STAY engaged to counter ISIS, Iran and the Syrian Government and Russia from having the country for their own….

Thta policy is well known and carried out by various parts of the American  (And other countries) military, intelligence and foreign policy arms….

Their boss just either is signalling a change in policy, or?….Does NOT know WTF he’s talking about….

President Donald Trump’s unscripted remark this week about pulling out of Syria “very soon,” while at odds with his own policy, was not a one-off: For weeks, top advisers have been fretting about an overly hasty withdrawal as the president has increasingly told them privately he wants out, U.S. officials said.

Only two months ago, Trump’s aides thought they’d persuaded him that the U.S. needed to keep its presence in Syria open-ended — not only because the Islamic State group has yet to be entirely defeated, but also because the resulting power vacuum could be filled by other extremist groups or by Iran. Trump signed off on major speech in January in which Secretary of State Rex Tillerson laid out the new strategy and declared “it is vital for the United States to remain engaged in Syria.”

But by mid-February, Trump was telling his top aides in meetings that as soon as victory can be declared against IS, he wanted American troops out of Syria, said the officials. Alarm bells went off at the State Department and the Pentagon, where officials have been planning for a gradual, methodical shift from a military-led operation to a diplomatic mission to start rebuilding basic infrastructure like roads and sewers in the war-wracked country….