Are the Republican Governor ‘s Kemp people singing ‘the thrill is gone?”

Trump is trying to sell the idea that event had tens of thousand attendee’s….

And some there left early , to boot!

In a pair of statements issued Sunday morning, Trump claimed the event had a strong turnout, despite photographic evidence to the contrary.

“We had a massive crowd last night in Georgia, but as usual, the Fake News Media absolutely refuses to show it,” Trump said. “People are estimating 25,000 to 35,000 people.”

The former president added, “Massive crowd last night in Georgia even despite the cold weather, the enthusiasm was unbelievable.”

Greg Bluestein, a reporter for the Atlanta Journal-Constitution, said on Twitter, “I’ve covered more than two dozen Trump rallies around the nation. This is the smallest crowd I’ve seen at a rally of his in Georgia since he won the 2016 election — significantly smaller than the crowd in Perry in September.” 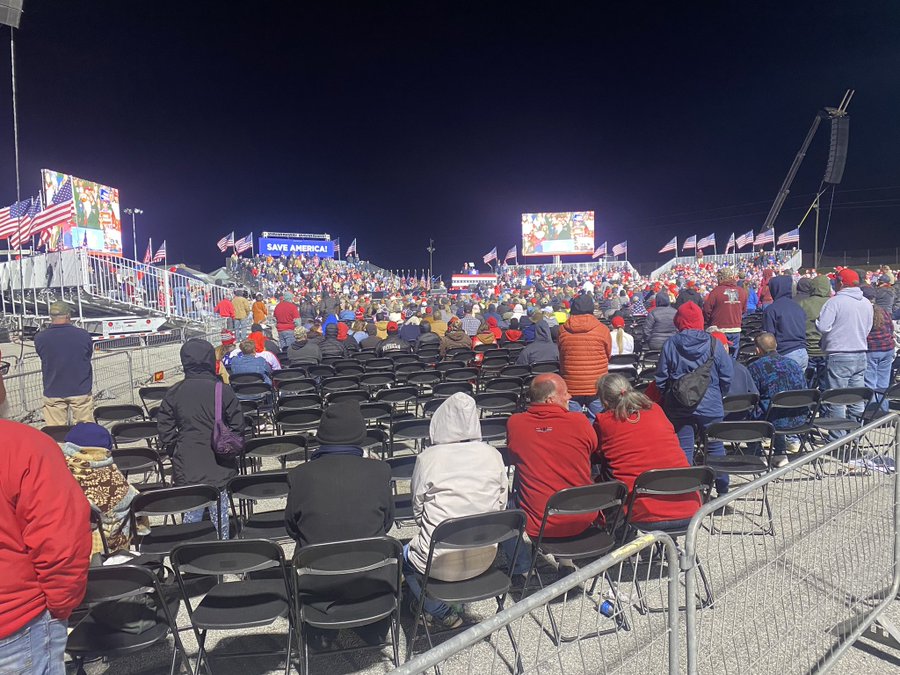 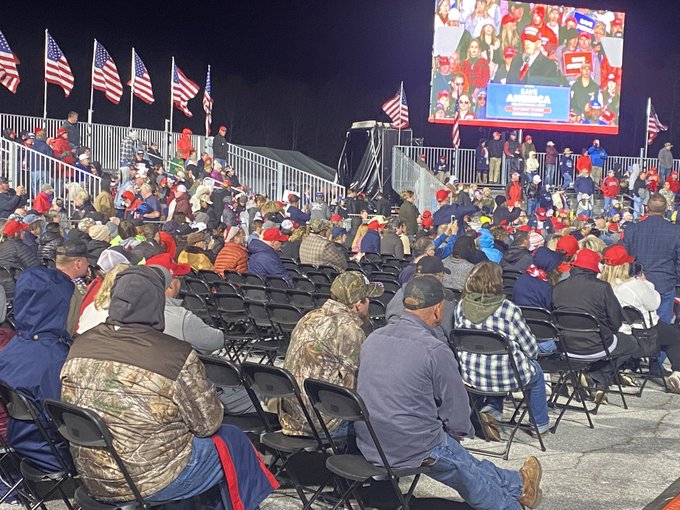