We have the Renew America Movement (RAM) Republican group announcing that they will back some Democrats and Centrist Republicans on their Renewer Watchlist in next years 2022 Midterm elections….

This IS sure to generate attention from supporters of both parties….

A group of anti-Trump Republicans on Thursday endorsed a slate of Democrats and centrist Republicans in the 2022 midterm elections to fight against former President Trump’s hold on the party.

The Renew America Movement (RAM) announced it is backing a slew of lawmakers running for reelection. The group was founded by a group of moderates within the GOP after the Jan. 6 insurrection, which was fueled by Trump’s lies about the election being stolen in November.

“There is an urgent effort by Republicans and former Republicans to stem the tide of anti-democratic and lie-based Republican leaders in congress before it’s too late,” RAM said in an announcement….

Renew America Movement
@RenewAmerica
#Renewers are committed to embodying a new way in politics which unites, rather than divides us. #MeetOurRenewers 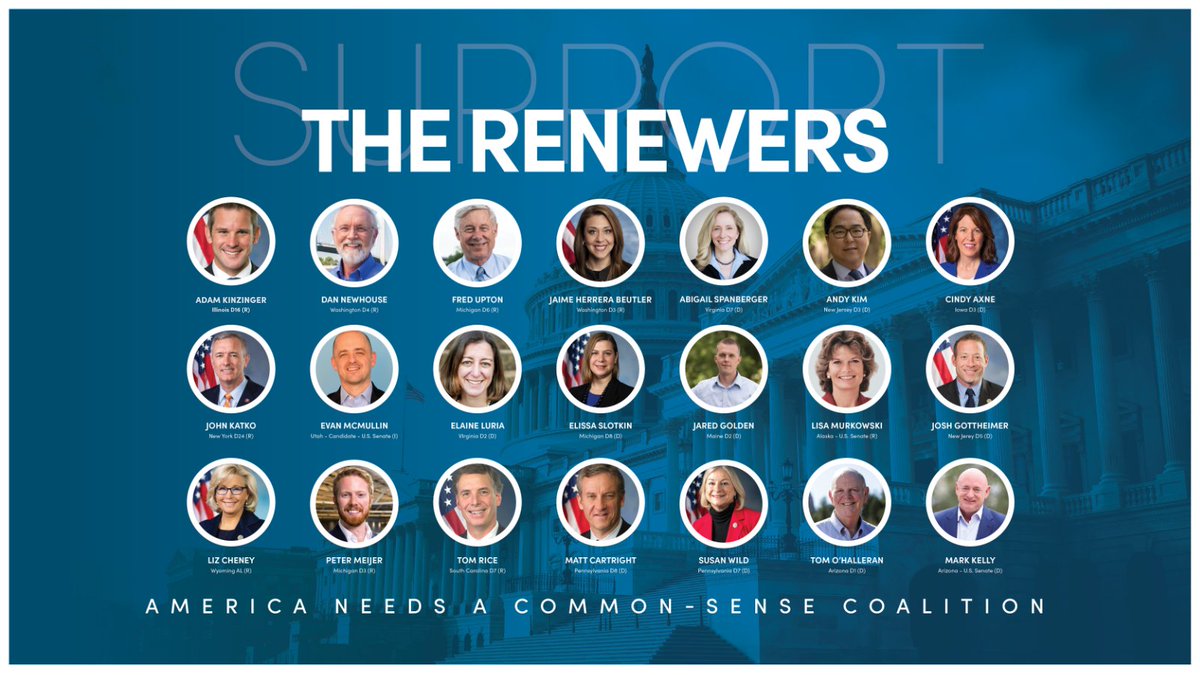