They are following orders from their boss President Biden…

They evidently feel that those orders and actions COULD very well leave a country unable to stop something very terrible happening g after they leave….

The military is not alone ….

The same fear comes for the US Intelligence community and members of Congress from BOTH parties…. 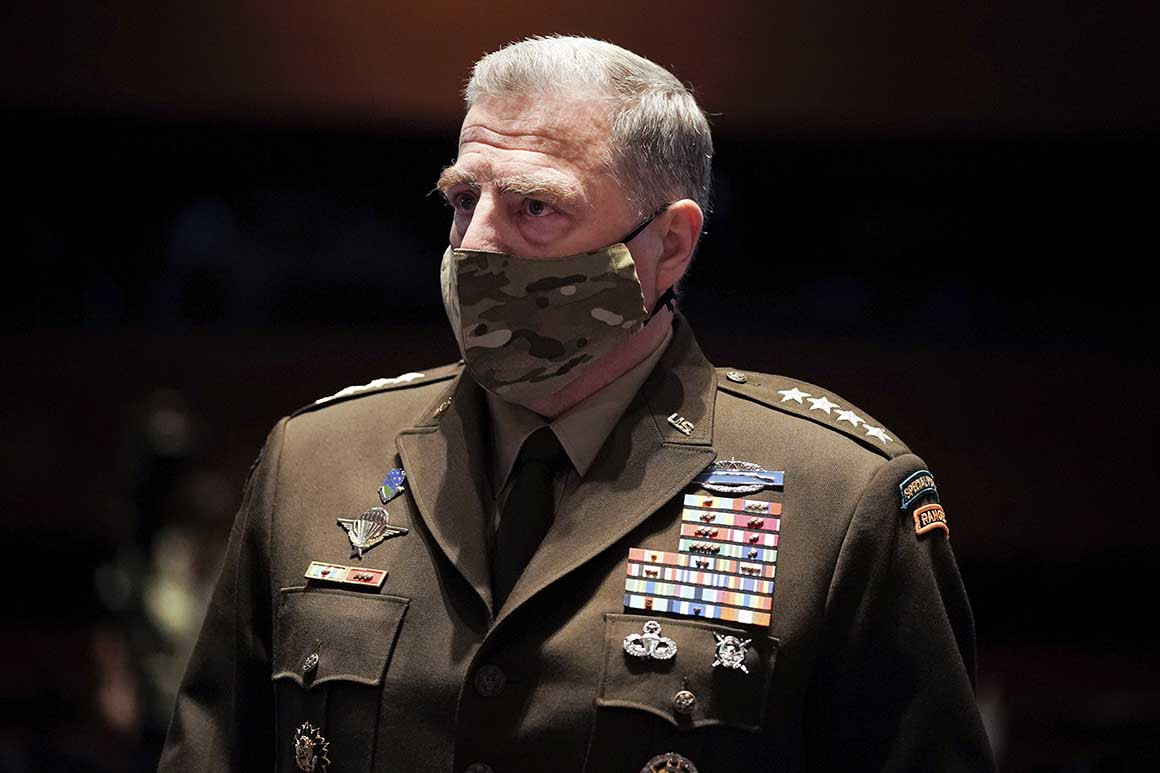 Afghan government forces face an uncertain future and, in a worst-case scenario, some “bad possible outcomes” against Taliban insurgents as the withdrawal of American and coalition troops accelerates in the coming weeks, the top U.S. military officer said Sunday.

Gen. Mark Milley described the Afghan military and police as “reasonably well equipped, reasonably well trained, reasonably well led.” He cited Afghan troops’ years of experience against a resilient insurgency, but he declined to say they are fully ready to stand up to the Taliban without direct international backing during a potential Taliban offensive.

The chairman of the Joint Chiefs of Staff, a veteran of the war in Afghanistan, spoke in an interview with Associated Press and CNN reporters flying with him from Hawaii to Washington just hours after the formal kickoff of the withdrawal.

Asked whether he believes the Afghan forces can hold up under increased strain, Milley was noncommittal.

“Which one of these options obtains and becomes reality at the end of the day? We frankly don’t know yet. We have to wait and see how things develop over the summer.”

He said there is “at least still the possibility” of a negotiated political settlement between the government in Kabul and the Taliban. This, he said, would avoid the “massive civil war” that some fear could happen….

Gen Milley did seem to say that the Afghan’s do have some staying power….

But should have US/NATO support ….

image ….Gen. Mark Milley noted that the Afghan military has operated in recent years with less reliance on U.S. and coalition advisers. | Greg Nash/Pool via AP