Nate Silver looks at a NY Magazine piece that goes into something that a lot of media types do NOT seem to get….

Joe Biden and Bernie Sanders came out against ‘defunding’….

Violent protests against police a while ago may have had some people demanding less in police budgets….

In the last year of the pandemic?

Crime has generally risen across the country….

They just do not want ‘bad’ cops… 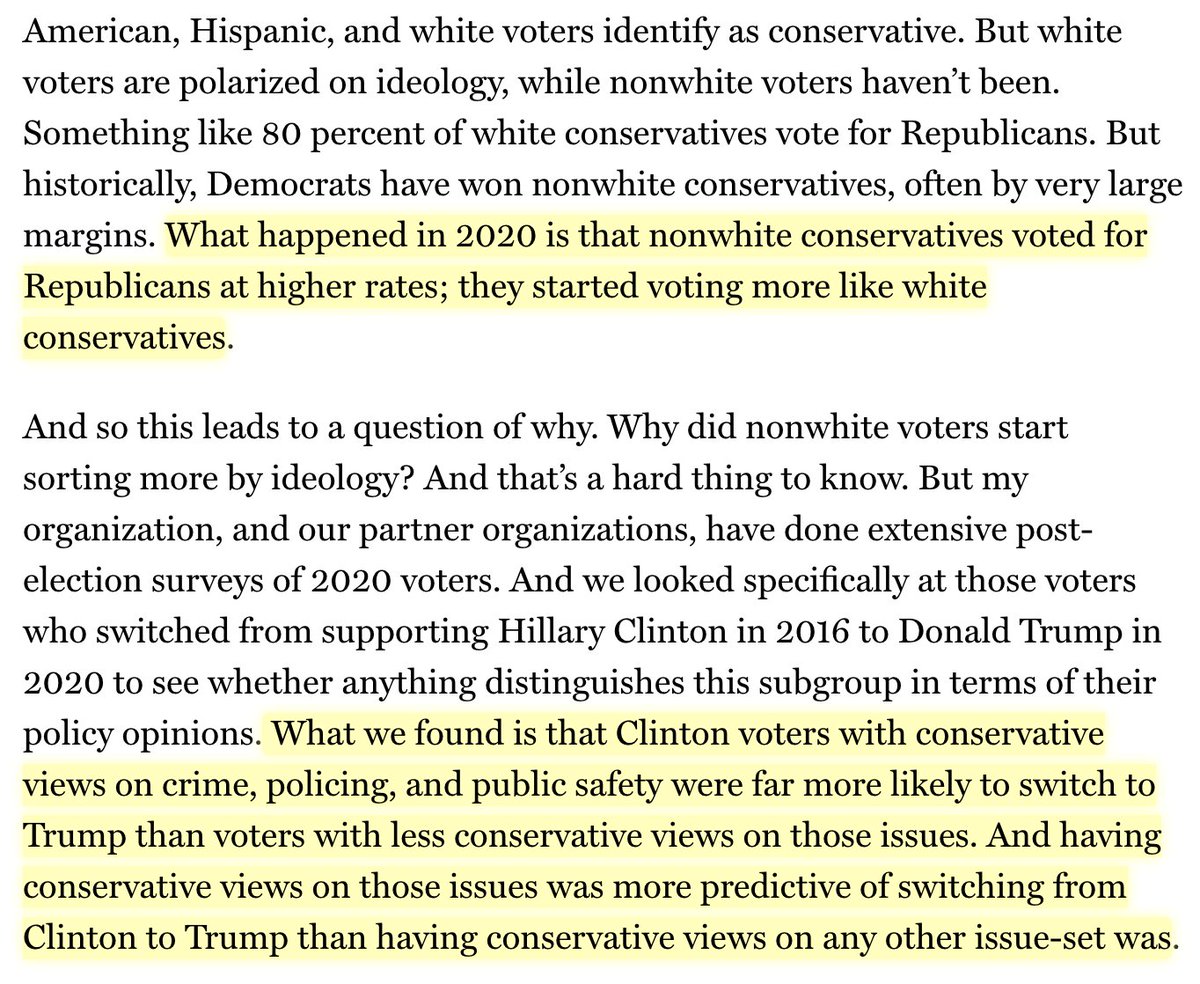 Nate Silver
@NateSilver538
Replying to
@NateSilver538
The broader implication in here is that Democrats should take it seriously when many nonwhite Dems identify themselves as moderate or conservative. And it’s usually conservative on social/cultural issues more than on economics. If Dems lose those voters, they’re kind of screwed.
Brad Williams
@FuriousBrad
Replying to
@NateSilver538
It’s a perfect example of the right being really good at controlling the narrative. “Defund the police” is distressingly easy to mischaracterize as “abolish the police,” and proponents of the effort totally failed to communicate what they were really trying to accomplish.