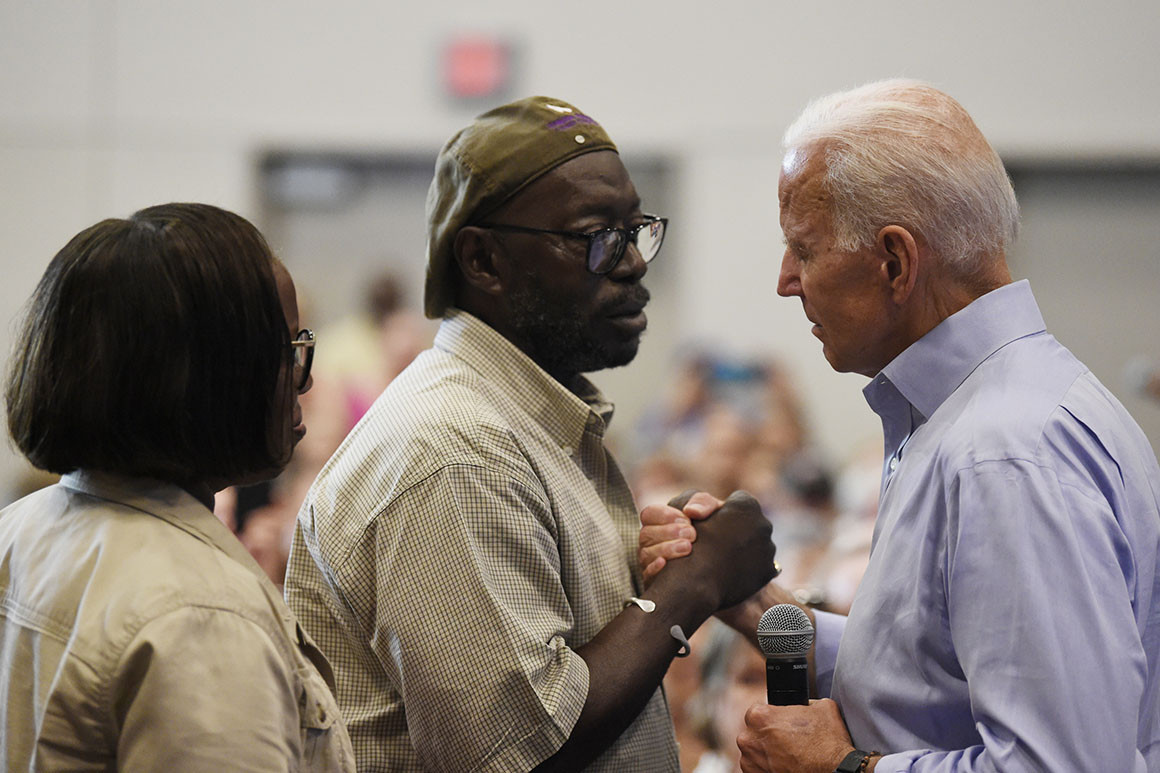 The Democratic voter turnout campaign needs to get around Republican voter suppression efforts….

But for eight years he was his wing man….

For Democrats, who rely on Black voters to power their electoral advantages in America’s urban centers, the difference between good and great Black voter turnout is often dependent on how many Black men go to the polls.

Black women are the party’s most loyal demographic base — often referred to as its backbone — but motivated Black male voters were a crucial distinction between former President Barack Obama’s record-setting Black turnout in 2008 and 2012 and the diminished performance of Hillary Clinton in 2016.

In states like Wisconsin, which was decided in 2016 by less than 23,000 votes, that dip was one of the causes of a Democratic night to forget, proof that the nominee had problems motivating the base, not just among swing voters.

In deep-blue Milwaukee County, where statewide Democrats run up the score to offset more conservative rural areas, Mrs. Clinton had one of the largest drop-offs in raw votes of any county in the country, earning more than 40,000 fewer votes than Mr. Obama did four years earlier. Pew Research estimated that in 2016, 64 percent of eligible Black women said they had voted compared with 54 percent of eligible Black men, a much larger gender gap than for white or Hispanic voters.

Four years later, as Joseph R. Biden Jr. seeks to build the coalition Mrs. Clinton could not, he operates with several personal and structural advantages.

In interviews with a dozen Black men in Milwaukee during the recent Democratic National Convention, and with several of the state’s most visible Black male elected officials, they predicted that Black turnout in November would look more like it did for Mr. Obama’s victories than for Mrs. Clinton’s loss, fueled by a leap in enthusiasm from Black men….
More…
image…Meg Kinnard/AP Photo