Donald J. Trump does HAVE physical issues with his motor actions….

It isn’t first time people have noticed this….

But although people have been worried ab out Joe B Biden’s age and abilities?

There WILL be more on this….

President Trump struggled to lift a glass of water Saturday during his speech to U.S. Military Academy graduates at West Point.

Trump started to lift the glass with his right hand but seemed unable to guide it all the way up to his lips.

The president used his left hand to steady the glass and tilt it into his mouth.

Trump still hasn’t totally figured out how to drink water

After his speech, Trump also looked unsteady as he walked down a set of stairs after a lethargic speech to the graduates of the Army college.

This is a persistent neurological sign that, combined with others, would be concerning enough to require a brain scan. https://twitter.com/atrupar/status/1271820635040362497 …

Trump still hasn’t totally figured out how to drink water 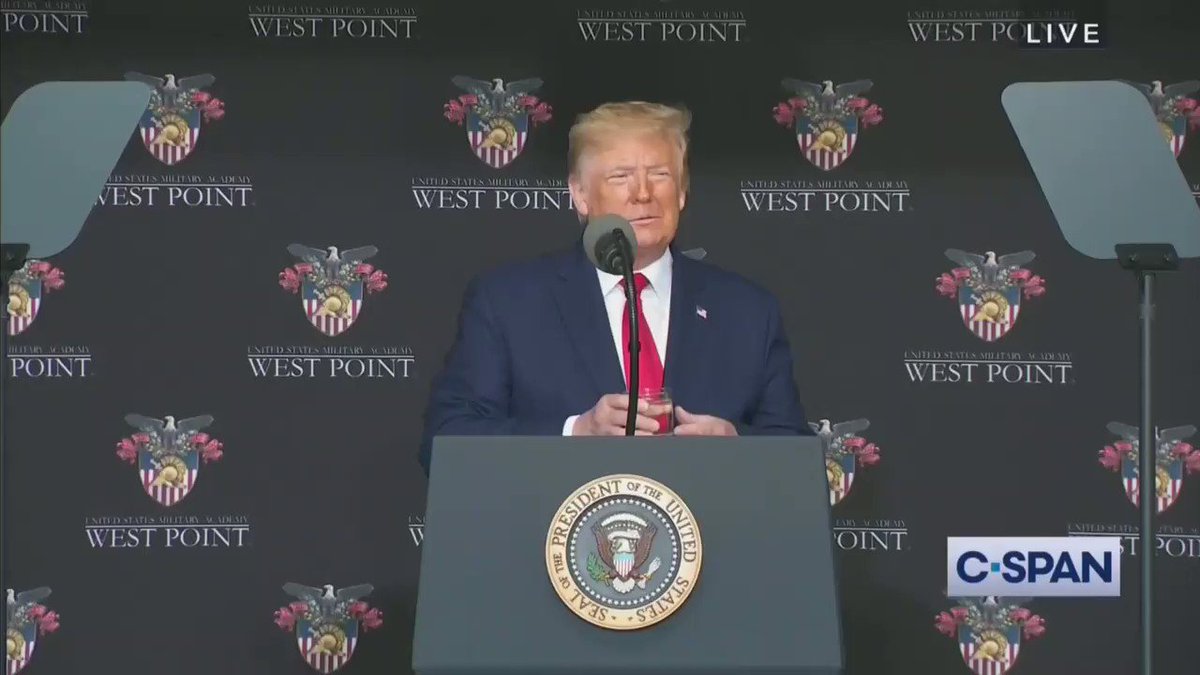 then, there’s the stairs. 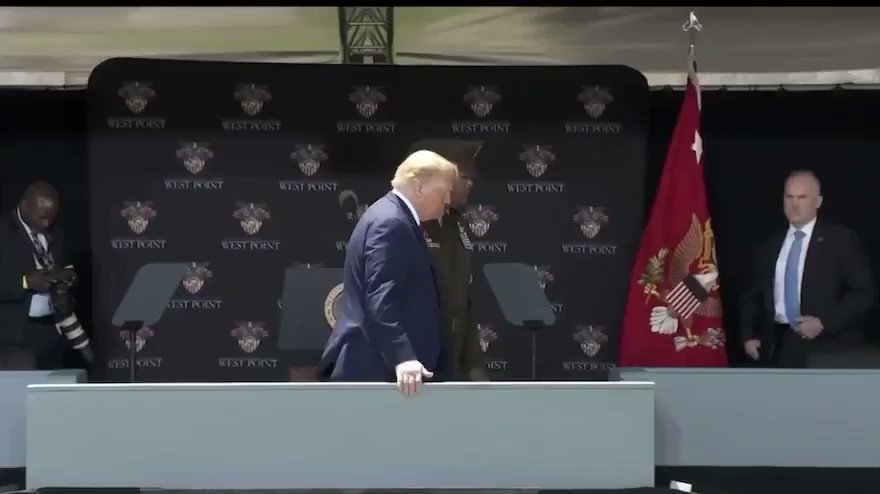 The incidents took barely a couple of moments to play out but drew an instant reaction on social media.

One troll tweeted photos of Trump’s predecessor, President Barack Obama, grinning as he used just one hand to a hold a coconut.

Others recalled one time Trump rival Sen. Marco Rubio’s infamous speech in which he repeatedly sipped from a water bottle.

Despite the jokes, Trump’s health is a topic of intense interest and his every move is closely watched.

Trump critics and even some medical professionals believe the tics are signs of potentially serious medical problems.

“This is a persistent neurological sign that, combined with others, would be concerning enough to require a brain scan,” Dr. Bandy Lee, a Yale psychiatrist wrote on Twitter.

It’s the second time in a couple of weeks that Trump has drawn attention at a public event.

He appeared unable to stand still during a solemn ceremony at Arlington National Cemetery on Memorial Day. Some observers noted that he had difficulties lifting a wreath with his right arm.

Trump insists he is in perfect health and the White House released an annual physical that claimed he is in good shape for his age. He turns 74 on Sunday…..