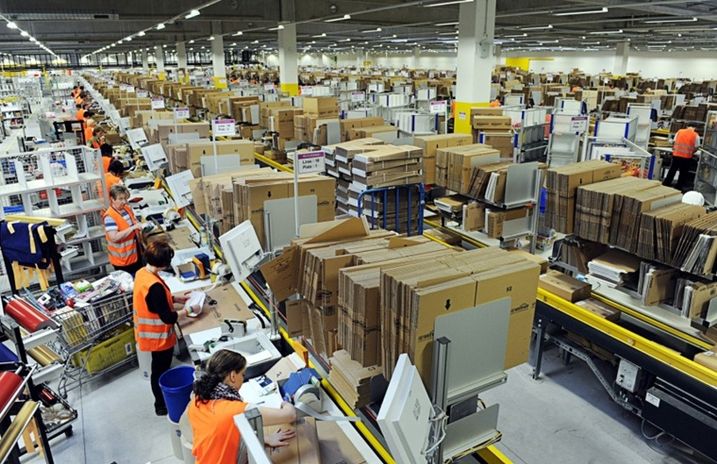 One of the back bones of the American economy right now…

As if in the darkest children’s fable ever told, the undisputed winner of the current plague turns out to be the man who already had everything, the king whose empire appears intent on consuming the entire map. This week Jeff Bezos, the richest man on earth, saw the year’s first financial quarter close with Amazon stock up more than 5 percent, trading at $1,950 a share, during a period in which the Dow had its worst overall quarter since 1987.

If Amazon previously had us addicted to its services as convenience, it now has us reliant on them as necessity. It may be that before the emergence of the coronavirus, you were trying to break the habit — making a greater effort to shop at the stores in your neighborhood. But now those stores are closed, some of them forever, while the presence of other human beings delivers its own terror, and so Amazon has come to seem more like a utility, as essential as a municipal water supply.

Over the past two weeks I have easily bought more from Amazon than I had during the previous 20: laundry detergent, Neosporin, books, tea, hand weights, instant oatmeal, a recorder that my son needed for his music class at school.

In order to meet the demands of a country in which homes must suddenly be retrofitted to accommodate classrooms, co-working spaces, gyms, hair salons and so on, Amazon announced last month that it would hire 100,000 additional workers in its fulfillment centers and delivery networks, jobs for which many people will be desperate, given the decimated state of the retail and service industries.

What awaits these workers? It would be easier to make peace with the company’s crisis-fueled colonization of the marketplace if we could be assured that hourly workers were reaping big rewards given the risk of the jobs. But instead workers feel unsupported in the most fundamental ways.

Though the company has increased pay by $2 an hour, employees around the country at Amazon warehouses and its subsidiary, Whole Foods, have been staging walkouts to demand better health protections during the pandemic.

For years, Amazon has resisted the efforts of organized labor. On Monday the company fired a dissenting worker, Christian Smalls, at a fulfillment center in Staten Island. He was let go almost immediately after he led a group of colleagues from the building during lunch hour in protest of what they saw as the company’s inadequate response to the crisis. They were calling simply for the building to be temporarily closed and more stringently sanitized and for workers to be paid during the hiatus as several had become sick….