Donald Trump continues to show how fucked up he is….

But there was one moment that stood above the dense thicket of insults and lies the president planted, another personal beef he elevated to a national issue without the slightest regard for the people involved.

Trump laments that Debbie Dingell voted to impeach him despite the fact that he allowed the normal state funeral to proceed for her late husband, former Rep. John Dingell. Trump then suggests John Dingell is in hell — to audible groans. 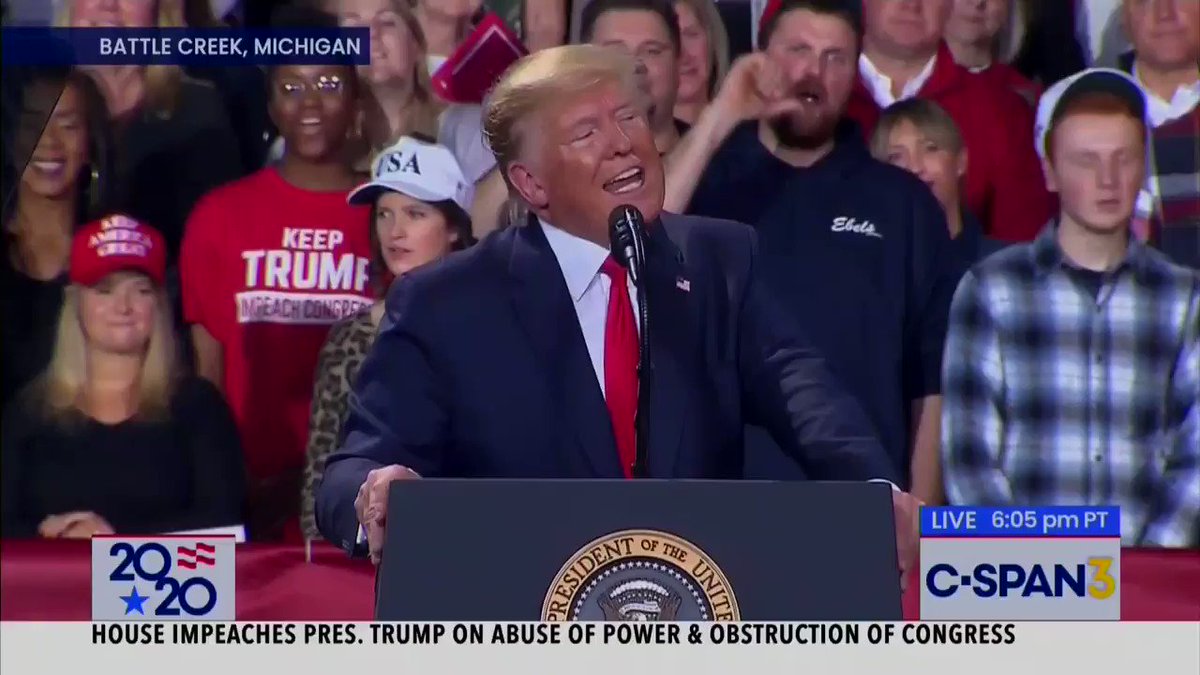 Here is the President of the United States suggesting a former congressman and World War II veteran who passed away this year is in Hell. He said this because John Dingell was a Democrat, and his wife, Debbie, is too, and she had the gall to vote her conscience and back Trump’s impeachment. Because, as others have pointed out, the president views everything as a transaction, he believes that because he called Dingell to offer her his condolences, she had no business voting for impeachment. He did the bare minimum human thing, and this is how she repays him?….