But Donald Trump’s name WAS there….

But mainly, they took aim at the president.

Former Illinois congressman Joe Walsh and former Massachusetts Gov. Bill Weld participated in the first GOP primary debate ahead of the 2020 presidential elections. The debate was hosted by Business Insider at its New York City headquarters.

Trump and another of his GOP challengers, former South Carolina Gov. Mark Sanford, both declined to attend the debate, which was not sanctioned by the national Republican Party.

LIVE: Tune into the 2020 #GOPdebate now on “Business Insider Today” on Facebook Watch with @GovBillWeld and @WalshFreedom. https://www.facebook.com/BusinessInsiderToday/videos/459362141331330/ … 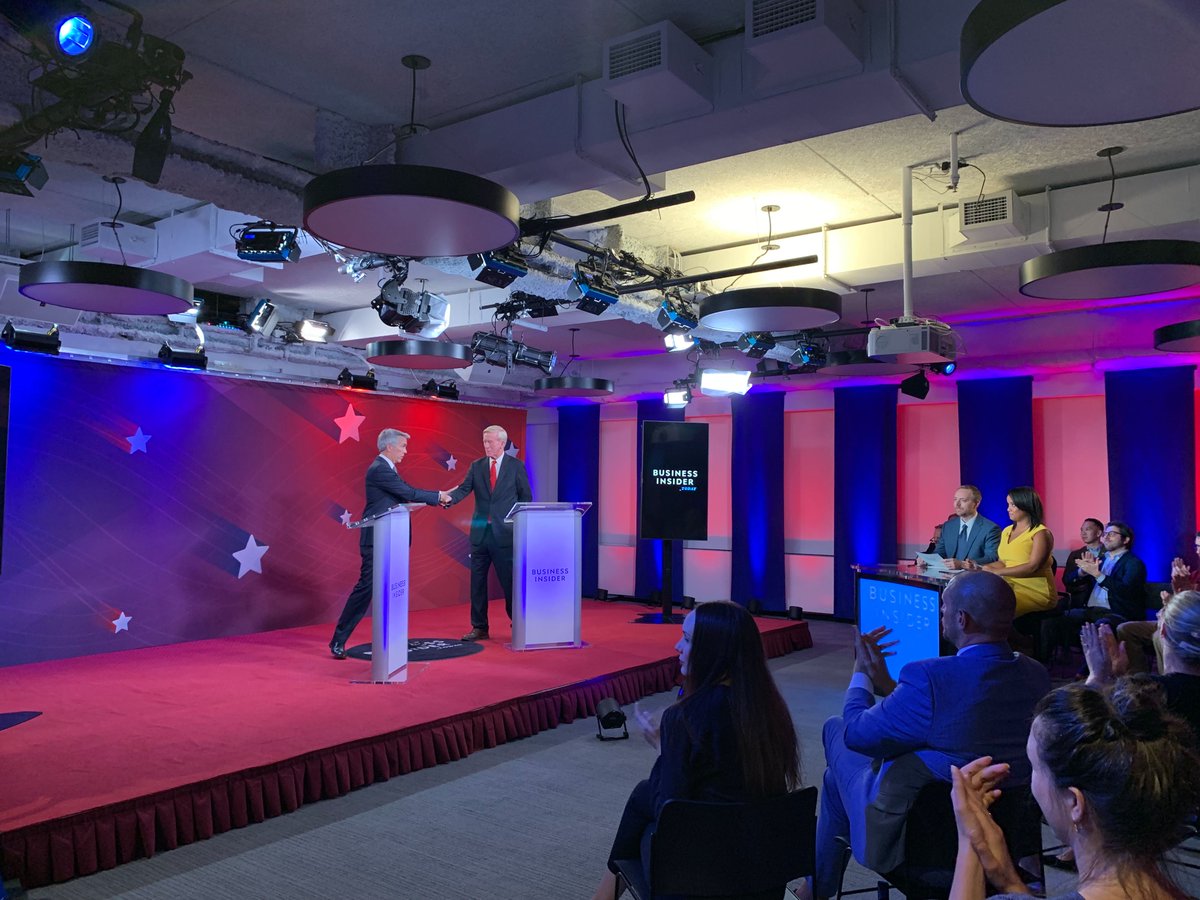 Right from the start, both candidates who did take the stage focused on the president.

“Donald Trump is unfit,” Walsh said in his opening statement. “He lies every time he opens his mouth. He can’t put anyone’s interests ahead of his own.”

“I can’t debate Bill Weld,” he added. “I have respect for Bill Weld. We’ve got to bring the country together.”

The candidates spoke about fiscal conservatism and the U.S. deficit, which topped $1 trillion — the highest it has been in seven years.

“There’s no such thing as government money,” Weld said. “It’s taxpayer money. There’s nobody looking out for the taxpayers.”

Walsh went on to say, “I will probably say too much tonight and my campaign manager will scold me. … It’s not about the issues, it’s about Trump.”….