Officials have urged residents in Louisiana and Mississippi to prepare for a long weekend of potentially catastrophic weather as Tropical Storm Barry, the first major storm of the season, takes aim at low-lying regions in the South.

The storm has been forming in the Gulf of Mexico, gathering strength as it prepares to make landfall sometime Friday or early this weekend. The National Hurricane Center (NHC) issued a hurricane warning for some parts of Louisiana, saying Barry could become a Category 1 storm by late Friday. Massive rain and flooding are expected in large swaths of the region.

The storm was about 85 miles southwest of the mouth of the Mississippi River late Thursday.

“There is a danger of life-threatening storm surge inundation along the coast of southern and southeastern Louisiana,” the NHC said late Thursday. “Residents in these areas should rush their preparations to completion, as tropical storm conditions are expected to arrive in the warning area by Friday morning.”

Officials said they were troubled by Barry’s slow movement, warning that the storm could bring long-lasting, heavy rainfall and possibly “significant” flash flooding. 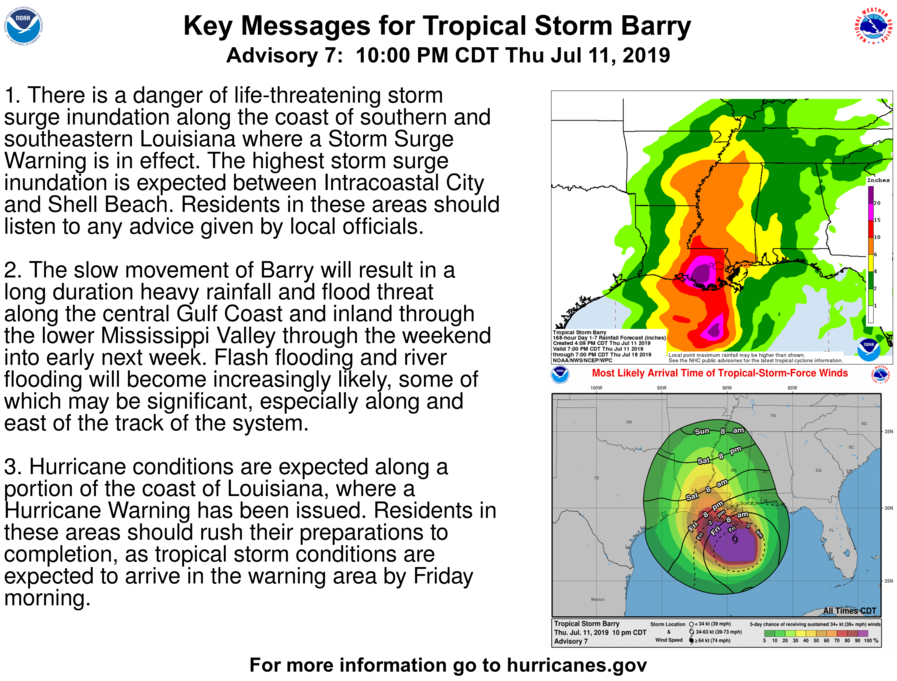