Donald Trump’s chief Economist has admitted what his boss doesn’t understand or or doesn’t give a shit about….

In an appearance on “Fox News Sunday” two days after U.S.-China trade talks ended with no news of a deal, Kudlow was asked by host Chris Wallace about Trump’s claim.

“It’s not China that pays tariffs,” Wallace said. “It’s the American importers, the American companies that pay what, in effect, is a tax increase and oftentimes passes it on to U.S. consumers.” 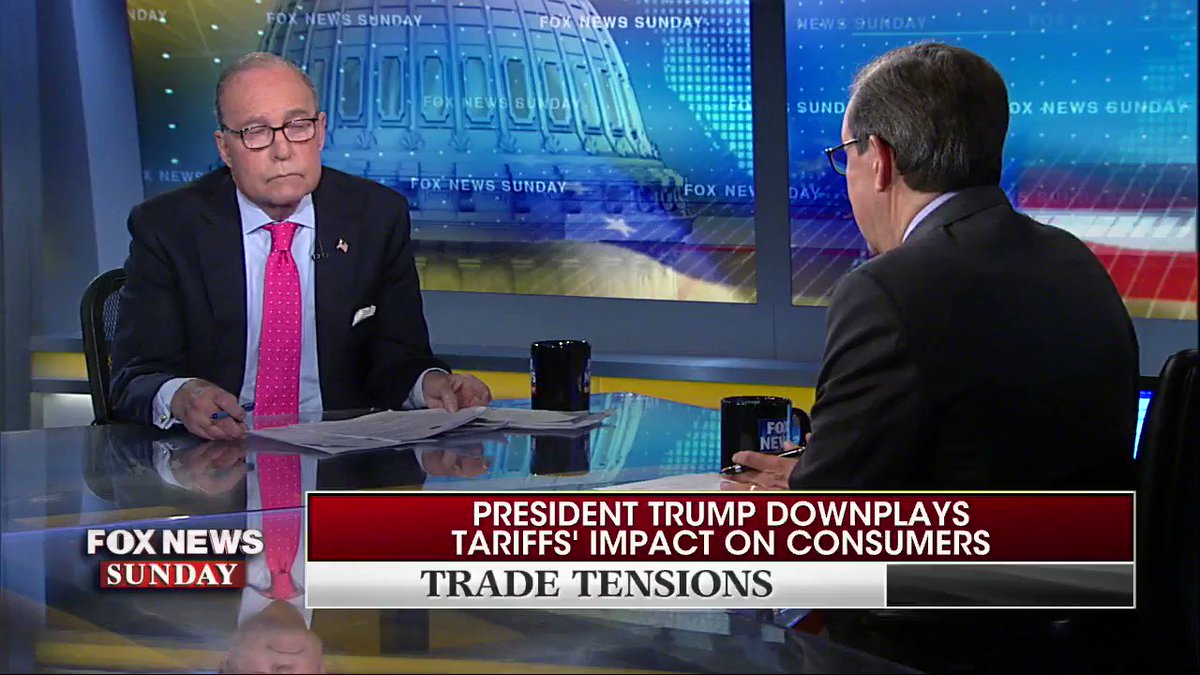 Pressed again by Wallace, Kudlow acknowledged that China does not actually “pay” the tariffs.

“No, but the Chinese will suffer GDP losses and so forth with respect to a diminishing export market,” he said…..