He’s been a heartbeat from the office for 8 years…..

This is his last chance….

His team is beginning to explore the options in HOW TO run this time….. 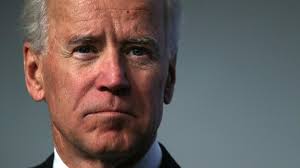 Joe Biden knows that winning in 2020 would require a shoot-the-moon set of circumstances and luck. So his team is on the hunt for a moon shot.

Between stops on his book tour and in the ramp-up for what will be a heavy midterms campaign schedule, a tight circle of aides has been brainstorming a range of tear-up-the-playbook ideas for a White House run, according to people who’ve been part of the discussions or told about them.

On the list: announcing his candidacy either really early or really late in the primary process so that he’d define the field around him or let it define itself before scrambling the field; skipping Iowa and New Hampshire and going straight to South Carolina, where he has always had a strong base of support; announcing a running mate right out of the gate and possibly picking one from outside of politics; and making a pitch that he can be a bridge not just to disaffected Democrats, but to Republicans revolting against President Donald Trump.

They’ve also discussed an idea some donors and supporters have been pitching Biden on directly for months: kick off by announcing that he’d only run for one term. One person who’s pitched the idea said Biden would try to sell voters on “a reset presidency.” The former vice president would pick a younger Democratic running mate and argue that he’d be the elder statesman to get the country and government back in order post-Trump and be the bridge to the next generation…..