I’m beginning to think we have underestimated this story and its effect on President Donald Trump….

Guided by her lawyer, Michael Avenatti.... 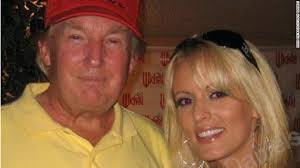 Ms Daniels has been able to out maneuver Trump at every turn….

(His normal personal go hard against attacks has been absent on this one, eh?)

Her lawyer has sued Michael Cohn the Trump lawyer for comments he has made against his client ….

This while he spends his time now defending his efforts to silence Daniels with ‘hush money’….

It seems like every time Cohn tries to stop Daniels from keeping the story in the public’s eye?

She smiles and takes it another step…..

Men and their “Johnsons’….

All this while Robert Mueller keeps at it under the radar ….

Just lining up his case also…