The Democratic party IS made up of wildly DIFFERENT lawmakers trying to keep their job’s….

While some Democrats and the media may want highlight the party charging to the left?

Some Democrats are repping places (Donald Trump won) that simply are NOT about that….

In order for the party to gain any type of majority in the House or Senate?

The party is gonna have to drop an ideological one view….. 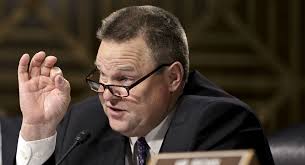 Running for reelection in a state Donald Trump carried by 21 points, Sen. Jon Tester (D-Mont.) is kicking off his 2018 campaign today with a commercial highlighting the 13 pieces of legislation he’s co-sponsored that the president signed into law.

Veterans, a cop, a firefighter and an elderly couple count off the bills and resolutions. Tester, who lost three of his fingers in a meat grinder at age 9, then holds up his hands.

“Washington’s a mess, but that’s not stopping me from getting bills to help Montana signed into law by President Trump,” he says to camera. “I’m out of fingers, but I’m not finished getting things done for Montana.”

During a primary season in which many Democrats are seeking to outdo each another in denouncing Trump the loudest, Tester’s debut ad — shared first with The Daily 202 — foreshadows what you’ll see a lot more of in places like North Dakota, Missouri and Indiana.

He is one of 10 Democratic senators up for reelection this year in a state the president carried in 2016. In Wisconsin, which Trump narrowly and unexpectedly won, Democratic Sen. Tammy Baldwin launched a commercialtwo weeks ago that highlights a bill she’s co-sponsored with Sen. John McCain (R-Ariz.) to lower prescription drug prices….