He wants everybody to notice …….

He’s made known that he has a campaign manager….

He’s made known that he has some 2020 money stowed away….

He now makes it know he’s going after more of other people ‘s money to increase his campaign war chest…. 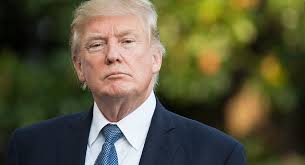 Trump is running at 35% approval across the country….

Sure he’s up there at 75% within the Grand Ole Party….

But a good many of those supporters say they probably vote for him BUT?….They aren’t excited about his style….

Law makers are increasingly unexcited about Trump’s policy moves on the budget, guns and now a possible trade war….

And then there’s the Robert Mueller thing hanging over him like a black hole that keeps expanding….

I ‘ve said this over and over here….

I do NOT expect Donald Trump to be President come 2021….

I hope that happens sooner…..

At a time when his approval rating has plummeted to the low 40s, Trump is taking steps to ward off would-be primary challengers. Last month, his campaign committee printed glossy, 10-page pamphlets outlining Trump’s accomplishments during his first year in office and delivered them to local GOP meetings in Iowa, home of the first-in-the-nation caucuses.

The slickly-produced pamphlets, which included topics like “protecting life,” “ending job-killing regulations,” and “making government accountable,” were designed to reach the Republican activists who are most involved in party affairs and likely to participate in the caucuses two years from now.

The pamphlets help keep Trump “in the game, so to speak,” until the 2020 campaign begins in earnest, said Karen Fesler, an influential conservative activist in the state. “Pointing out two years ahead of time what the president and his team have accomplished makes sure that caucus voters know that.”

The White House has been monitoring potential Republican challengers, including three outspoken Trump detractors — Ohio Gov. John Kasich, Nebraska Sen. Ben Sasse, and Arizona Sen. Jeff Flake. Sasse blasted Trump repeatedly the past week over trade and guns. And Flake sparked a flurry of speculation about his political intentions when he announced a March 16 speech in New Hampshire.

To some, the Parscale announcement was designed to send a loud message to would-be Republican opponents.

“He just signaled to the GOP he is running and that should deter primary challenges,” said former House Speaker Newt Gingrich, an informal Trump adviser.

Trump is also using his official office to prepare for his next campaign, focusing much of his travel to states that will play an outsize role in determining the outcome of the next presidential election. Since the inauguration, for instance, Trump has visited Pennsylvania a handful of times. He is slated to return to the state next week.

The state is so important to the president’s team that last month they quietly dispatched White House Deputy Chief of Staff Rick Dearborn to Harrisburg to keynote a Pennsylvania GOP dinner…..