It has been pointed out to me here at the Pdog that Trump has high approval rating among Republicans and that his overall ratings are on the rise….

Donald Trump’s overall numbers are LOWER than any other President in recent history,,,,,

If you reverse his around 40% approval you see that 60% of Americans do NOT approve of his 14 months in office efforts….

Yes, his support among Republicans has climbed….. 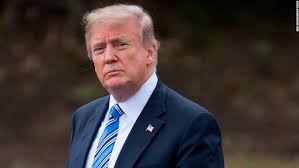 That’s because I think he is doing exactly what the majority of Republicans out in the country wanted….

A guy who make noise against the constant drum of the American media and against the idea that during the last Presidency Democrats where helping those who needed help, and being led by a Black President….

Trump has had a rough past 6 months….

He begged and got a tax cut…..

People have also got used to Trump’s antic’s,( His women stories, his rotation of staff and lawyer’s)  which feature an initial thoughtless comment, then back down….We know that…

The Tariff stuff has quieted down…

The deportation stuff has quieted down…..

But the economy is ‘supposed to be’ good….

We are getting to KNOW WHO Donald Trump really is….

….depending on one’s view of the economy, it may just take Trump’s ability to constantly generate negative stories to keep his approval ratings down so low despite the constant pressure (from good economic news) for them to go up.

After all, after many years of stability during a period of not-quite-peace and almost-sort-of-prosperity, Barack Obama’s approval ratings rallied some 10 percentage points in his final year, perhaps as a result of the slow recovery finally convincing people that good times were here. I don’t think Trump is capable of stopping the flow of negative stories, but if he was and everything else stayed the same, I suspect he’d be quite a bit more popular in time. And meanwhile, if everything stays the same but the economy goes bad, I strongly suspect he would wind up below 30 percent approval. And nothing that’s happened so far during his presidency even hints against that…